No Trivia’s Rap Release of the Week: Rittz’s ‘The Life and Times of Jonny Valiant’ 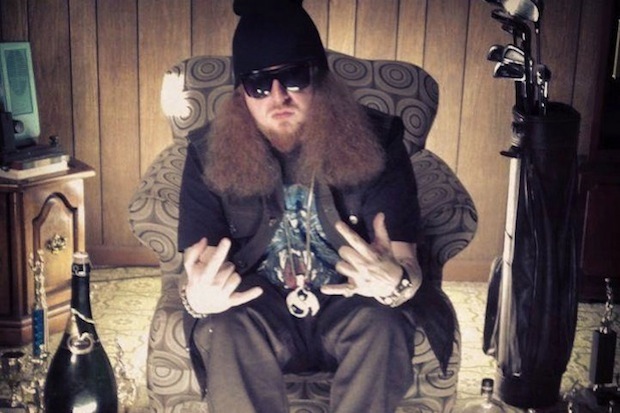 Last August, Rittz signed to Tech N9ne’s Strange Music Imprint. Strange is an independent label that’s become massively successful with little assistance from the major-label system. It’s often associated with the Insane Clown Posse’s similarly DIY label Psychopathic Records and, indeed, there is some crossover, with Tech playing the Gathering of the Juggalos and frequently collaborating with ICP. If you wanted to understand Rittz’s approach, too, well, he rests somewhere between Strange and Psychopathic: The dexterous, fast-rap, Geto Boys-loving intensity of Tech rubbing up against the goofball sincerity and the DGAF poor-white-boy-with-a-chip-on-his-shoulder nuttiness of Violent Jay and Shaggy 2 Dope.

Consider Rittz’s come-up, for a moment. He arrived under the umbrella of Yelawolf and the Slumerican crew, who had their moment thanks to an anything-goes creative explosion of Internet rap that now looks more like a speculative bubble that popped by the middle of last year than a lasting and serious sea-change. But nevertheless, that 2009-2012 moment populated the rap world with distinct personalities who won’t go away so easily. When Rittz’s 2011 mixtape White Jesus arrived, it was surprisingly solid: Head-down, straight rapping with a self-deprecating streak and an outlaw-country attitude about being white and working-class.

On The Life and Times of Jonny Valiant, Rittz hasn’t changed much, which is refreshing (many of us are still smarting over Yelawolf’s debacle of a debut, Radioactive). Save for sensitive bro Mike Posner braying on two tracks (he sounds like Tatiana the Weather Hermaphrodite from Mr. Show), the guests are other regional eccentrics and won’t-change-for-nobody hardheads: Big K.R.I.T., Suga Free, Tech N9ne, and, uh, Yelawolf. It’s a shame Danny Brown couldn’t make an appearance on this thing because his manic Midwestern approach would fit right in. Like all the guests, Rittz is, on paper, just a “skillz”-pushing undergrounder. Also like his guests, though, he is a total weirdo who doesn’t fit in anywhere, so his observations carry uncompromising weight. And there is none of that creeping, Tea-Party, “Whut ’bout us” crap that sometimes sinks into white rappers’ rhetoric, whether they intend to go there or not.

“Fuck Swag” is what a honky whine like Macklemore’s “Thrift Shop” could’ve been if that Seattle pseud thought hard about anything. “Goin’ In” makes fun of all these hip-hop maniacs who think the rap game’s controlled by the Illuminati, and that’s a pretty brave stance to take, actually. On “Misery Loves Company,” a big dumb dubstep beat creeps through the minor-chord muck, and then a Dragonforce-esque guitar solo wails for a few moments, creating a ridiculous continuum of good-bad poor white millennial taste. There are also countless, humbling references to how unattractive Rittz thinks he is, and how he may end up failing at this rap shit.

So, this one pretty much picks up where White Jesus left off. That means some of Rittz’s initial shock of the new has been lost; that mix of wizened real talk, sharp humor, and first-class rapping ability isn’t a selling point in quite the same way anymore. But this should still be satisfying to anyone who liked Rittz and there’s a pretty thrilling narrative here:

By signing to Strange, Rittz stepped out of the Internet-fueled rap world that, though creatively expansive, is also increasingly fickle. He doesn’t have to reinvent his style every six months with a free download or locate new Tumblr-buzzing collaborators. And it proves that if you refuse to go at it all alone, the only other option isn’t signing to a major-label that would’ve put five more Mike Posner-poseur slow jams on this thing and then delayed it indefinitely. For better and worse, The Life and Times of Jonny Valiant is one of the few truly inspiring next chapters in the up-and-down story of Internet rap.