"She simply did not give a shit about people," Moz says 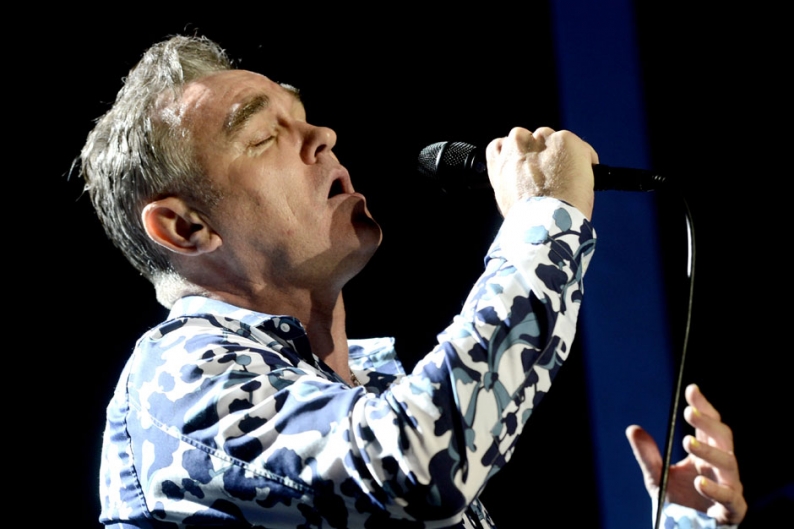 After news broke that former British Prime Minister Margaret Thatcher had passed away at the age of 87 on Monday (April 8), reactions ranged from respectful to celebratory. One of the most caustic rememberances came from Morrissey, who famously asked “When will you die?” on the not-at-all subtle Viva Hate track “Margaret on the Guillotine.”

“Thatcher will only be fondly remembered by sentimentalists who did not suffer under her leadership, but the majority of British working people have forgotten her already, and the people of Argentina will be celebrating her death,” Moz said in his statement. “As a matter of recorded fact, Thatcher was a terror without an atom of humanity.”

Strong words from the former Smiths singer (as usual), but Pitchfork has noted that those incendiary remarks actually came from an old interview of Loaded magazine. Luckily, fans hungry for a fresh, venom-filled tribute to the Iron Lady won’t be disappointed: Morrissey has released a new statement regarding Thatcher’s legacy and death, and it’s marked with the same sort of sharp-tongued criticisms that were reported previously (with some swipes at the press and British government for good measure).

Read the entire statement below.

The difficulty with giving a comment on Margaret Thatcher’s death to the British tabloids is that, no matter how calmly and measured you speak, the comment must be reported as an “outburst” or an “explosive attack” if your view is not pro-establishment. If you reference “the Malvinas”, it will be switched to “the Falklands”, and your “Thatcher” will be softened to a “Maggie.” This is generally how things are structured in a non-democratic society. Thatcher’s name must be protected not because of all the wrong that she had done, but because the people around her allowed her to do it, and therefore any criticism of Thatcher throws a dangerously absurd light on the entire machinery of British politics.

Thatcher was not a strong or formidable leader. She simply did not give a shit about people, and this coarseness has been neatly transformed into bravery by the British press who are attempting to re-write history in order to protect patriotism. As a result, any opposing view is stifled or ridiculed, whereas we must all endure the obligatory praise for Thatcher from David Cameron without any suggestion from the BBC that his praise just might be an outburst of pro-Thatcher extremism  from someone whose praise might possibly protect his own current interests.

The fact that Thatcher ignited the British public into street-riots, violent demonstrations and a social disorder previously unseen in British history is completely ignored by David Cameron in 2013. In truth, of course, no British politician has ever been more despised by the British people than Margaret Thatcher.

Thatcher’s funeral on Wednesday will be heavily policed for fear that the British tax-payer will want to finally express their view of Thatcher. They are certain to be tear-gassed out of sight by the police.