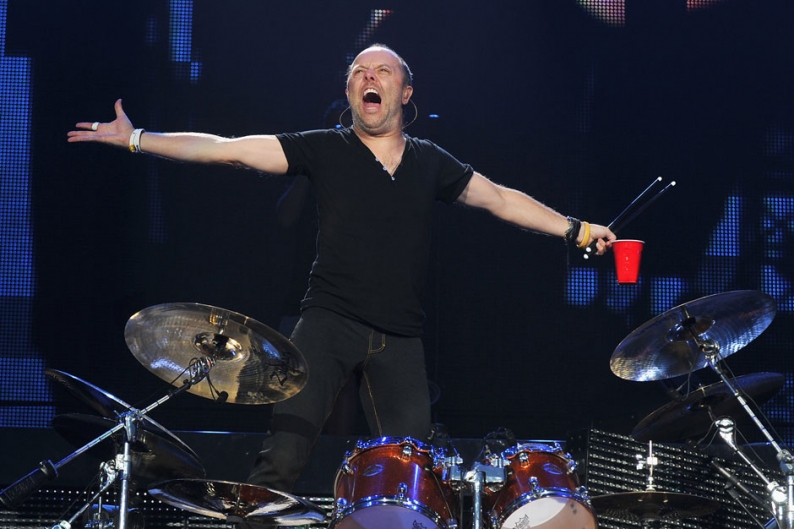 You didn’t think Metallica’s humongous 3D movie — the half-concert flick, half-narrative film titled Metallica Through the Never — would make its debut in a handful of arthouse cinemas, did you? No? Good, because the upcoming feature, directed by Nimród Antal, is officially scheduled to premiere on every single IMAX screen in North America.

The band announced today (April 24) that Through the Never will play exclusively in IMAX theaters across the continent for a full week, starting September 27; the 3D film, previously slated for an August 9 opening, will begin screening in standard theaters on October 4. This massive roll-out, which will bring the heavy metal icons to more than 300 IMAX screens, is the first of its kind.

“To be at the forefront in this situation where IMAX has never done this is very exciting,” drummer Lars Ulrich told the Associated Press. “It’s also a bit of a confidence booster. Being in the movie-making business is not necessarily our forte and it’s been a very interesting three years. We’ve learned a lot about a lot of different things.”

As previously reported, the movie blends concert footage filmed during Metallica’s three Vancouver performances in August 2012 with a fictional narrative that follows a fictional member of the band’s crew, played by actor Dane DeHaan. The plot involves DeHaan being “sent out on an urgent mission” while the metal titans play to a sold-out crowd. Currently, Through the Never is in post-production, as CGI effects are being added to help tie together the project’s various threads.

“There’s no secret there are parts of Metallica’s career that have been quite theatrical, of the different live experiences that we’ve had,” Ulrich said. “And so we thought that we would give some of those theatrical presentations a kind of 2012 upgrade, especially for a bunch of our fans who were very, very young who have only heard about what happened in the ’80s and ’90s.”