LL Cool J’s Other Brad Paisley Collaboration, ‘Live for You,’ Is a Syrupy Love Ode 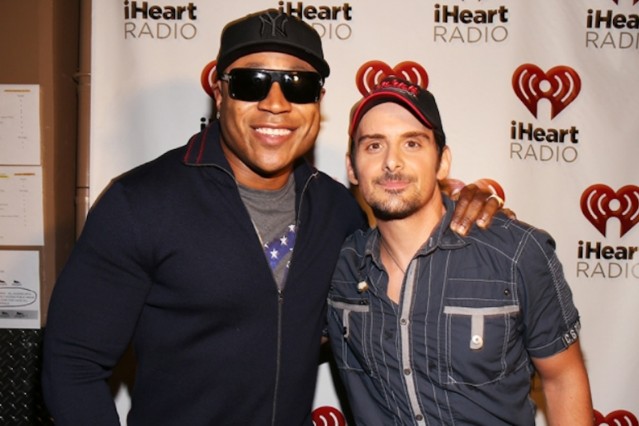 Do ladies still love cool James? It’s possible, and the Clear Channel gods could certainly decide that men and women alike should be compelled to keep adoring the pioneering Queens rapper-turned-actor-turned-rapper. But LL Cool J’s latest team-up with country singer Brad Paisley, “Live for You,” comes across as a lesser slow jam in a rap career unusually packed with heartfelt love songs.

It’d be unfair to say this gloopy mix of New-Age ambiance, bluesy twang, new-jack snare cracks, monster-ballad bluster, and contemporary Top 40 Auto-soul is as clumsy about romance as “Accidental Racist,” the pair’s endlessly discussed collaboration from Paisley’s otherwise-worthy new album Wheelhouse, is about race. In fact, LL somehow avoids the type of instantly head-smacking lyrical humdingers that typified his “Racist” verse. Well: “The love that I feel / I wasn’t being real.” But.

Fans of Bruno Mars’ hook on B.o.B.’s “Nothin’ on You” are plentiful, and Paisley plays a similar role here, right down to the high note on “love you girl, I do.” LL’s verses, as on “Accidental Racist,” could certainly be defended as coming from a good place (the explanation Paisley gave Jay Leno last night; LL will visit tonight). He mostly uses familiar imagery about prisons, walls, thorns in sides, and how “love is the key” — he gets his evident affection across without saying much that will stick in your head. But why exactly does he love her so much? What problems did they overcome? Although she’s in every breath he takes, for the listener she never comes to life.

Collaborations between rappers and country singers aren’t notable for their novelty alone anymore — it’s been almost a decade since Nelly’s hit “Over and Over” with Tim McGraw — and in this case LL simply has done this better before, on his own. From “I Can Give You More” on still-vital debut Radio to “Around the Way Girl” on Mama Said Knock You Out (an LP that continues to inspire Killer Mike and El-P) to Mr. Smith’s Boyz II Men-backed “Hey Lover,” LL has already given hopeless romantics of any gender plenty of reasons to admire his earnestness.

But even by those standards — earnestness rather than wit — well, the man who once rapped simply “I Need Love” can probably give us more. This is LL’s song, but the best part is Paisley’s John Mayer-smoked blues-guitar solo at the end.