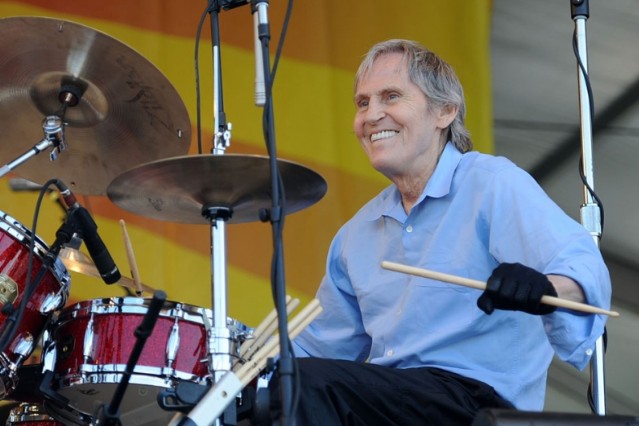 Levon Helm received an oversized tribute on national television earlier this year — Mumford & Sons, Elton John, Mavis Staples, Zac Brown, and Alabama Shakes’ Brittany Howard paid their respects during the Grammys — and now the late drummer/singer for the Band will get his due on the big screen. Ain’t in It for My Health: A Film About Levon Helm, will make its U.S. theatrical debut on April 19, at the Cinema Village in New York. According to Rolling Stone, the documentary will follow its NYC unveiling with showings in select cities.

Director Jacob Hatley followed Helm during the writing and recording of his 2009 album, Electric Dirt. Filming took place over two years and began in 2007, when “The Weight” singer released Dirt Farmer, his first studio LP in 25 years. “Jacob was the perfect fly on the wall for many months as we experienced the ups and downs of a wonderful time in all our lives,” Larry Campbell, longtime Helm collaborator and musical director, said in a statement.

Helm died last April, at the age of 71, after succumbing to throat cancer.