A SoundCloud user cobbles together 45 minutes of chatter 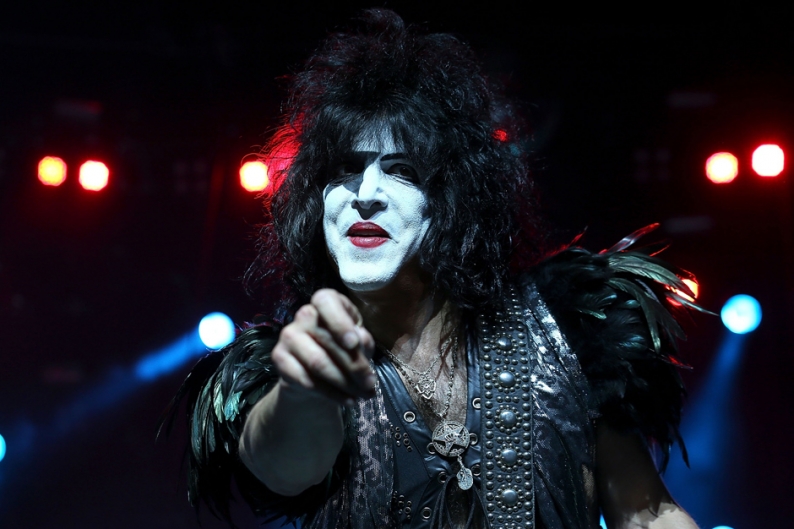 KISS singer Paul Stanley lives in a world where we’re always “just getting started,” where everyone is “hiiiiiiiiiigggggghhh” and one’s biggest concern is catching a case of “rock’n’roll pneumonia” if the clouds dared to come out in the face of so much heavy metal might. Now, thanks to a SoundCloud user named Christopher Armes, you, too, can live in Stanley’s world.

The San Diego-based songwriter has cobbled together 45 minutes’ worth of the glam-howler’s ridiculous stage banter for your enjoyment. And while it is enjoyable at first, the kitchsy hilarity of it all (StSanders’ “Shreds” series comes to mind) eventually devolves into existential dread as you realize that Stanley’s never-ending arena is actually an ever-constricting prison, that the man with the painted face has no sense of who he really is. (That strangely unsourceable accent should be proof enough.)

He lives or dies by the clapping of hands, and so he praises ALCOHo0OO0o0O00LLLLLL and dedicates each NUMBuUuuUUUUuuHHH to a mythologized vision of freedom. Because he’s bored, he pits cities against one another (Portland vs. Los Angeles) or just starts singing what he’s going to play on guitar before the band’s begun the song. Paul Stanley thinks it’s great that you “opened your arms and opened up your legs” to KISS, but he knows that none of that is going to fix the human-sized hole that exists on the other side of the makeup, hair, leather, and studs.

Listen to the entire thing if you dare, but make sure your best cuddle-buddy is free in about an hour.