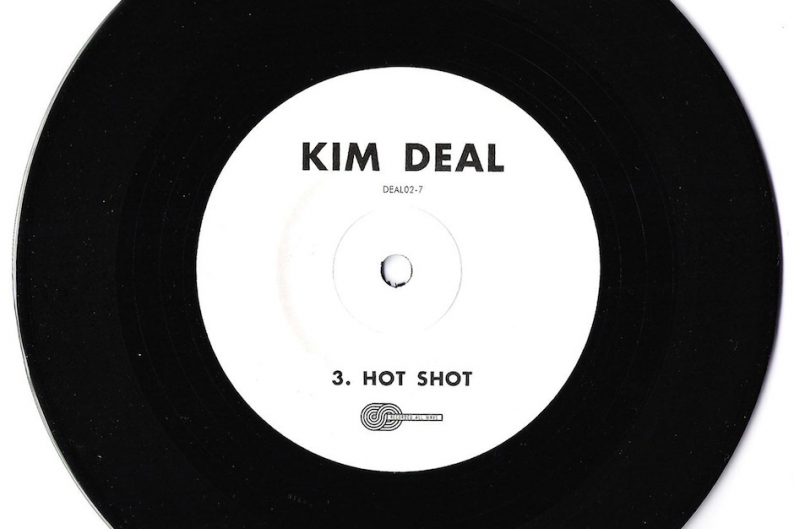 Kim Deal released her second “Solo Series” 7-inch single this week. The white-label vinyl release is limited to 1,000 copies through Deal’s website, or it’s available digitally via iTunes, Amazon, and others. Deal, an indie-rock luminary you might know from Pixies, the Breeders, and the Amps, kicked off her singles series earlier this year; the fine first installment contains death-haunted loper “Walking With a Killer,” along with scuzz-funk instrumental “Dirty Hessians.” Her latest release stretches out farther, with the instantly appealing bedroom-rock anthem “Hot Shot” on one side and, on the other, the brief acoustic lullaby “Likkle More,” which shares its title with Jamaican slang for goodbye. Both are well worth hearing, but you’ll have to part with a buck apiece for the pleasure. In the meantime, the Breeders will reissue their 1993 landmark Last Splash May 14, and they’re playing a bunch of shows. Just a thought: A Breeders version of “Hot Shot” could really wreck. Listen at Pitchfork.