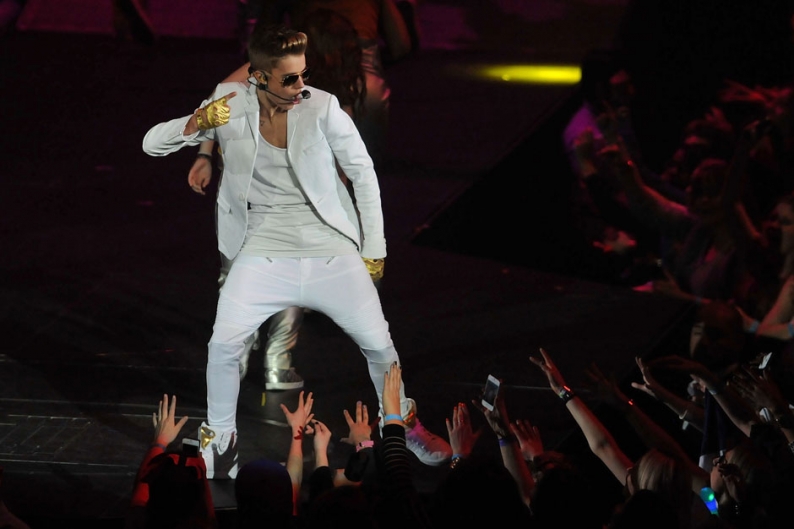 Even when Justin Bieber attempts to do an admirable thing, he winds up starting a firestorm. Between stops on his current European tour, Bieber made a detour in Amsterdam to visit the Anne Frank House. After spending over an hour in the museum, Bieber jotted into the guestbook, “Truly inspiring to be able to come here. Anne was a great girl. Hopefully she would have been a belieber.” Cue In the Aeroplane Over the Sea jokes…

After the museum posted Bieber’s remark on their Facebook page, the Internet immediately erupted with anger toward the self-serving singer. In fact, for a time, “Anne Frank” became the No. 1 Google search term worldwide.

The only people not pissed at Bieber’s comments are the ones who work at the Anne Frank House. “The Anne Frank House was pleased to welcome Justin Bieber to the Anne Frank House last Friday. We think it is very positive that he took the time and effort to visit our museum. He was very interested in the story of Anne Frank and stayed for over an hour. We hope that his visit will inspire his fans to learn more about her life and hopefully read the diary,” the museum said in a statement.

Added museum spokewoman Annemarie Bekker, “He’s a 19-year-old boy taking the effort to come and see the museum, and we’d like to point that out, and I think it’s quite innocent what he put down.” To Bieber’s credit, as anyone who has visited the Anne Frank House knows, Frank — like any teenage girl that age — had a fascination with movie magazines and the gossip columns of her era, and her wall was filled with photos of then-Hollywood celebrities. It was likely that aspect of the house that Bieber — no stranger to being plastered on girls’ bedroom walls — most connected with. His comment was a little self-obsessed but everyone reacts differently after confronting the atrocities of the Holocaust. Had Bieber simply followed the other 99.9% of Anne Frank House tourists who immediately followed up that emotional experience by gouging themselves at that famous Pancake House down the street, this wouldn’t be a controversy.