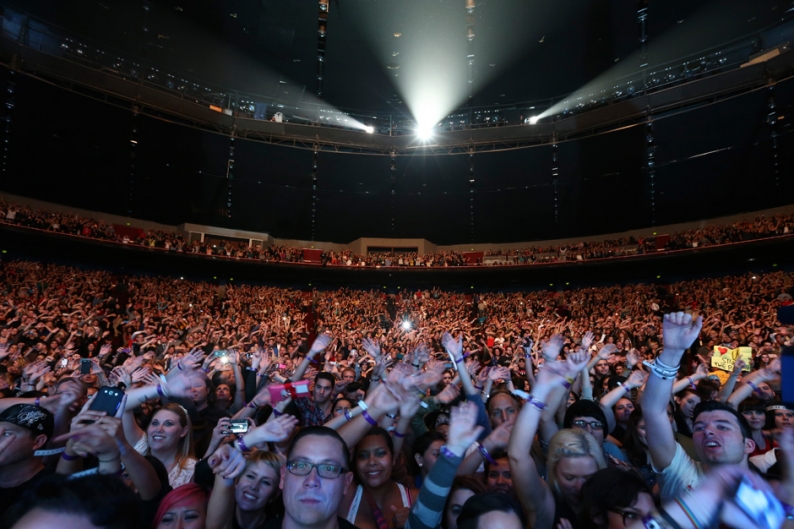 Los Angeles’ Gibson Amphitheatre is a well-loved and well-used venue with over four decades of rich history. The relatively intimate space has hosted everyone from Bob Marley to Madonna to Barack Obama to Pope John Paul II. It’s given a stage to awards shows and seasonal festivals. Just five days ago (April 20), KDAY’s annual Krush Groove rap showcase filled those 6,100 seat. But come September, the Gibson will be demolished.

In its place: the Wizarding World of Harry Potter, a west coast version of the popular Floridian theme park that features a “Forbidden Journey” through Hogwarts castle, recurring performances from a choir of frogs, and plenty of opportunities to get twisted on non-alcoholic butterbeer. The Amphitheatre was founded in 1972 as part of the greater Universal Studios Hollywood park. Its lease ends in September.

As the Los Angeles Times reports in wording worth repeating, “Also slated to fall under the advancing march of the boy wizard is Universal’s Adventures of Curious George.” This, of course, underscores the fleeting nature of attractions founded on particular pop-culture works. There will come a day when Potter isn’t the thestral’s knees anymore. But even in a land where hologram rappers are a reality, live concerts aren’t going anywhere.

Well, they’ll have to go somewhere. Fans are advised to hold onto any tickets they might have for events scheduled after the demolition date. Those shows will be moved to other locations, while a series of summer farewell performances are in the works according to MSN. They spoke to Live Nation exec Bret Gallagher, who added, “It is a tremendous venue with a uniquely intimate setting that has made it a very special place for fans and artists alike.”

He then picked up his complementary quiddich bat and flew into the sunset on the scaly back of a shiny new goat-eating Peruvian Vipertooth.