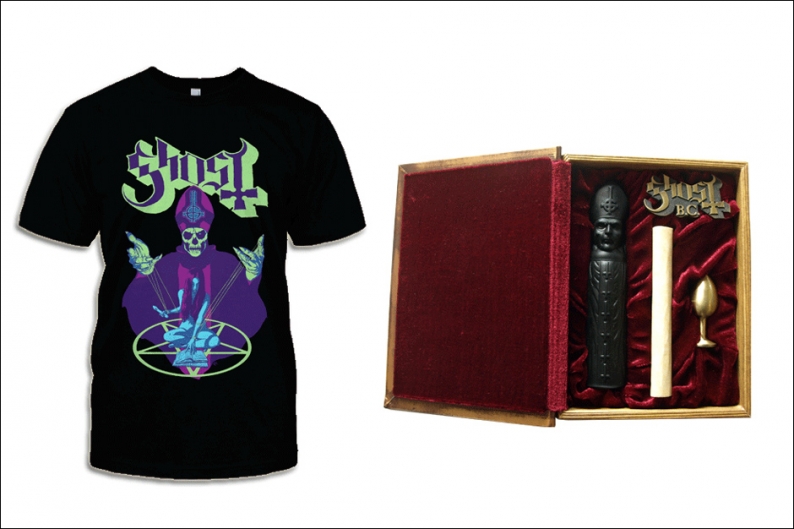 Not to be outdone by their shock-rock forefather Marilyn Manson (wink, wink), Swedish metal band Ghost B.C. have come up with a new way to goose the mainstream’s collective hiney. Fresh off of blowing the Coachella crowd’s minds from behind black cloaks, Papa Emeritus II and his Nameless Ghouls are offering up an unusual bit of merch for their fans.

As the A.V. Club points out, Ghost B.C. aren’t the first band to sell sex toys to their fans — Rammstein moved a few units in 2009 with their box of pink plastic penises — but this does continue this, um, rising doom-metal band’s tradition of inciting controversy. To wit, their brand new Infestissumam album was pushed back a week because four separate CD manufacturers refused to print a blasphemous piece of art that was meant to adorn the disc. They’re also into bribes and have previously attempted to infiltrate the papal conclave. 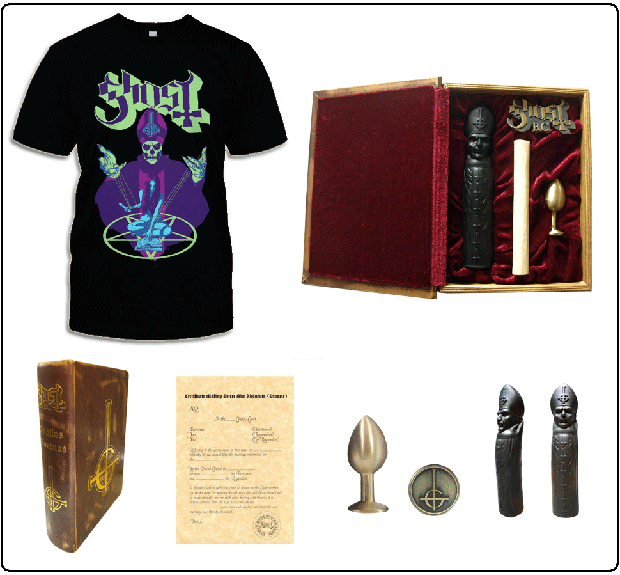