... and/or the Beach Boys, the R&B singer suggests 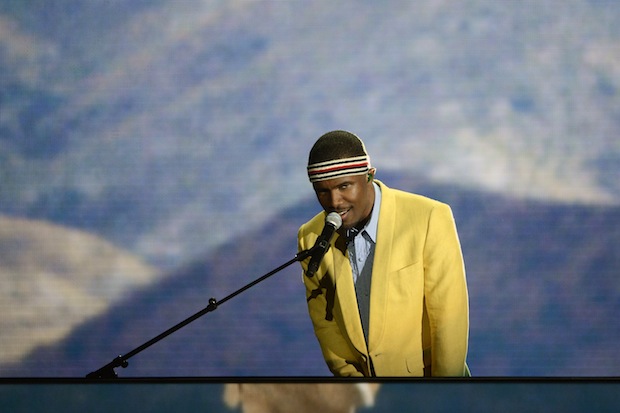 Frank Ocean is back in the studio, and he told MTV over the weekend that he’s been listening to a lot of the Beatles and the Beach Boys, both of which may find their influence seeping into his upcoming album. MTV caught the singer on the red carpet of the TIME 100 Gala, where he was honored as one of the magazine’s 100 most influential people in the world. There he gave a vague hint of what his third album might sound like: “When I was making the first [album] there were a group of artists that I listened to, just for inspiration and to absorb the energies,” he said. “It was a lot of Stevie Wonder, and this time it’s a lot of Beach Boys and Beatles and whatnot, so we’ll see how it trickles into the music and the final product. I can’t say much other than that.”

Otherwise, not much has been revealed about the follow-up to channel ORANGE, SPIN’s top album of 2012. Ocean recently told BBC’s Zane Lowe that he’s a dozen songs into the album, and released the tour footage-reliant video for “Lost.”