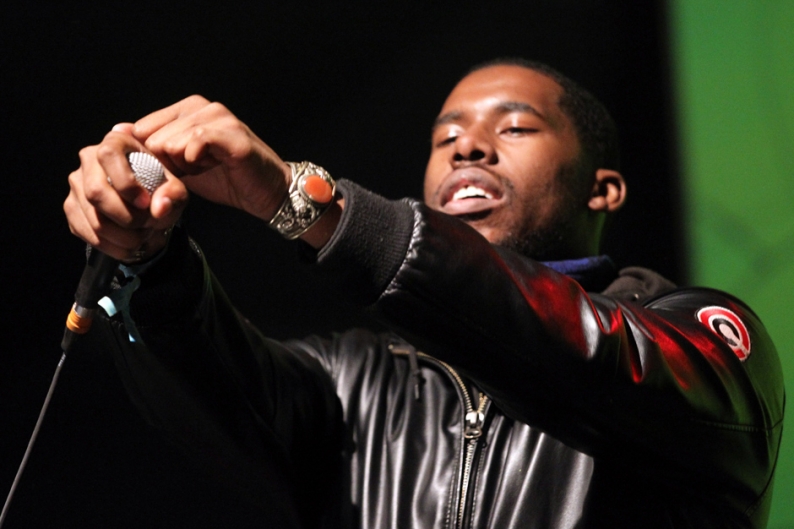 As if he hasn’t had enough to do lately, Flying Lotus has confirmed that he’ll pen the next theme song for Adult Swim’s long-running Aqua Teen Hunger Force. He broke the news in a tweet. This comes following his surprise stint as Earl Sweatshirt’s DJ at Coachella (Captain Murphy came out for weekend two), the promising first taste of Thundercat’s forthcoming Lotus-produced LP, and the news that he made some end credits music for Adventure Time.

SPIN checked in with the man for a few more details. He explained that, “[Aqua Teen creator] Dave Willis hit me up one day and asked if I was interested and I told him that it had to be me. We decided on the track but the words have to be put to it. Gonna finish it really soon. Thundercat is on it too, and maybe a guest vocal.”

Adult Swim gave FlyLo his first break by using his beats as bumper music between commercial breaks. He still supplies those to this day, along with the occasional visual. ATHF’s 10th season kicks off in August. Golden age MC Schoolly D provided the theme music for the first seven seasons, while Josh Homme provided the Season 8 song, and Schoolly returned backed by Mariachi El Bronx in 2012.

In related news, Mac Miller is the latest MC to get laced with a Lotus production. The weeded, bass-bumping beat for “S.D.S.” seems to bring out a better side of the frat-rap star, who drops a solid Making the Band reference (“Best of all time, I’m Dylan, Dylan, Dylan”) before confusingly comparing his looks to those of David Duchovny. We’d rather hear Earl going over the track, but we’ll settle for this: