Who Charted? Fall Out Boy ‘Save Rock and Roll’ With No. 1 Victories in 27 Countries

And the Yeah Yeah Yeahs score their first Top 10 position! 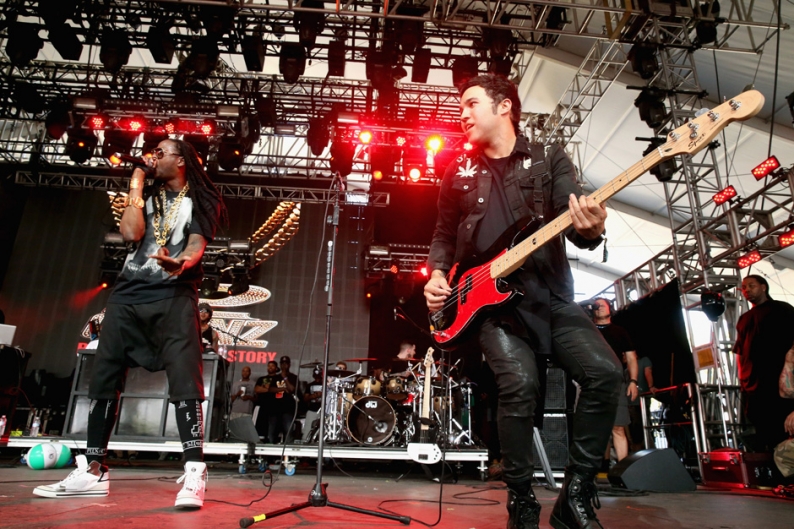 First! Fall Out Boy’s Save Rock and Roll, which ironically knocks last week’s big No. 1 rock victory completely out of the box with 154,000 units moved according to Nielsen SoundScan. Indeed, Paramore by Paramore has landed at No. 12. But let’s focus on the positive: Patrick Stump and the gang took five years off to get their emo-addled pop-rock in order and they did so with serious aplomb (not to mention an Elton John assist). Sure, 2007’s Infinity on High did better, debuting in the same slot with 260K sold, but considering the hiatus, this is a solid win. The album was No. 1 in 27 countries, stretching from Canada to Mexico to Japan and back. You can almost overlook the fact that it notched No. 2 in Ireland.

2 to 10: The Illinois band’s main competition was supposed to come from Kid Cudi — each was predicted to do around 150K — but the solo-dolo brolo’s third album fell short, doing only 136K. We shouldn’t be surprised though. It’s called Indicud, not for the G.O.O.D. rapper’s nom de emcee, but because these songs find the guy chewing on that same old indie rock appeal like it’s a clump of grass his third stomach hasn’t yet digested. (We kid, Cudi!) Most excitingly, recent SPIN cover stars, Coachella headliners, and righteous sign-makers Yeah Yeah Yeahs are in at No. 5 with their fourth album Mosquito (38K).

Para-less? Paramore’s immediate disappearance from the Top 10 after a No. 1 debut isn’t unprecedented in 2013. Christian singer-songwriter Chris Tomlin fell from the highest seat to No. 22 in a two-week span at the start of the year. Paramore sold a modest 106K upon arrival, and this week dipped a whopping 74 percent to move only 27K this time.

PSY-ke: You thought South Korean meme-nomenon PSY was a one-hit wonder? Think again. While Pink remains on top of the Hot 100 songs chart, with “Just Give Me a Reason,” the guru of “Gangnam Style” can be heard shouting, “Heeeeeey sexy lady!”, from a few spots below. His “Gentleman” single jumped from No. 12 to No. 5, which means it’s got dancing legs of its own.