David Bowie Finally Comments on ‘The Next Day,’ in the Form of 42 Ten-Dollar Words 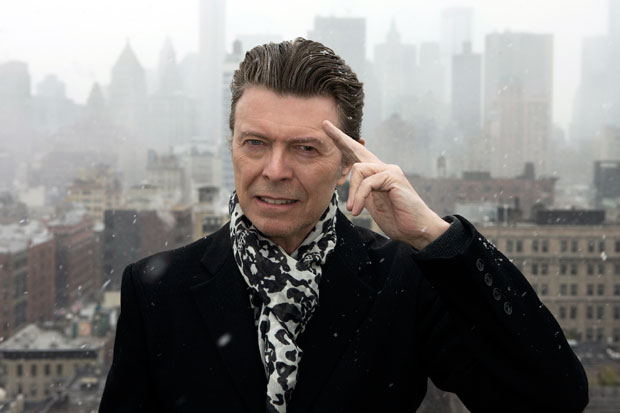 David Bowie’s slow-drip release of information about last month’s The Next Day, the art-rock legend’s first album of new material in a decade, has so far been more enthralling than the actual music. In January, the Thin White Duke dropped a new single on the world without any advance warning. Since then he has brilliantly cast Tilda Swinton in one video, and Gary Oldman will reportedly star in the next one. But he hasn’t given interviews, the album’s cover is just the cover of 1977’s classic “Heroes” with a big ugly box over it containing the new title, and photos of a guy with a mask on are what passes for exclusive Bowie magazine photo shoots.

Now, the novelist Rick Moody, in a nearly 14,000-word piece for The Rumpus, says he has “somehow persuaded” Bowie — “I persuaded Bowie, somehow,” he adds, somewhat prolixly — to share “a sort of a work flow diagram for The Next Day.” This means, apparently, a “list of words about the album.” What Bowie has provided are 42 words, most of them dictionary-worthy, that we’re told relate to the album.

We’re also told that Bowie “isn’t doing press” for The Next Day. But isn’t that exactly what he’s doing? Except more skillfully than less famous people, because he gets to do press while maintaining he’s not doing press? He’s “doing press” brilliantly, in fact.

Anyway, here’s the list. It has a nice beat, and you can dance to it: