If This Daft Punk ‘Get Lucky’ Leak Is Fake, Pharrell Better Lawyer Up 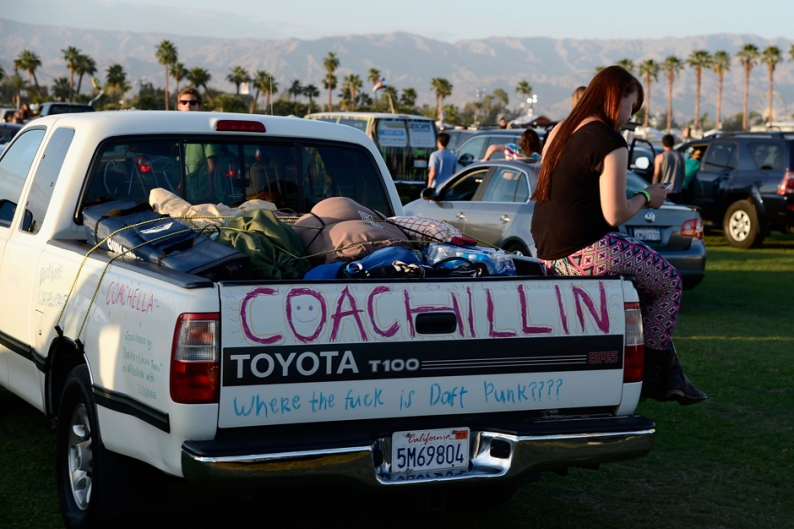 Daft Punk’s strategy of delayed gratification meets viral cat-and-mouse has been paying off. Even though the Parisian electro-house pair were rumored to appear at Coachella Weekend One, fans freaked out over a surprise advertisement for their new album Random Access Memories instead. And every time a bit of a new song is released, conniving/hopeful DJs do their best to turn the snippet into a full-length experience. Ever since the froth-inspiring Frenchies shared a bit of “Get Lucky,” which features Pharrell on vocals and guitar from Chic’s Nile Rodgers, the Internet has been scrambling to serve up the entire thing. Fake leak after fake leak has emerged, but at last we have a worthy contender. A SoundCloud user from Istanbul has shared the following “original radio edit” of the song, which, as Idolator points out, features two different verses, a bona fide chorus and a lengthy robo-talk breakdown. (It’s since been yanked from SoundCloud, and YouTube.)