"I Touch Myself" star was suffering from MS and cancer 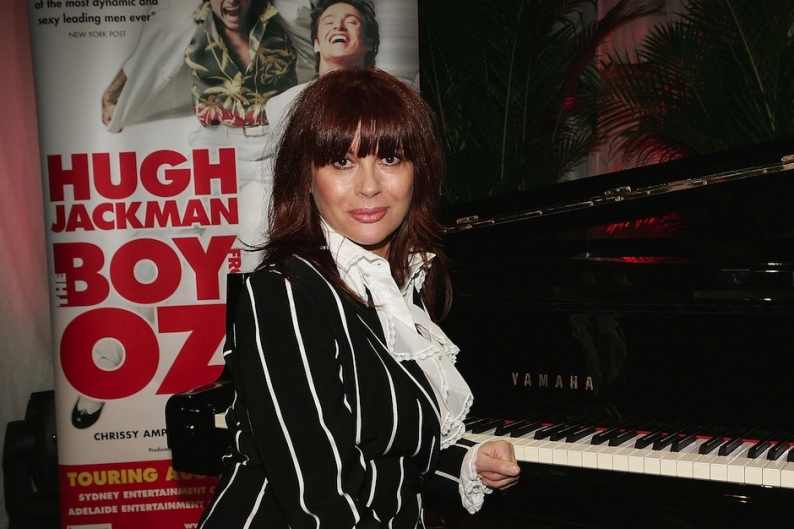 According to the AP, Amphlett died at home in New York on Sunday at age 53. In a statement posted on the Australian Recording Industry Association’s website, her musician husband Charley Drayton said she died in her sleep after fighting breast cancer and multiple sclerosis.

“Chrissy’s light burns so very brightly,” Drayton said in the statement. “Hers was a life of passion and creativity; she always lived it to the fullest. With her force of character and vocal strength she paved the way for strong, sexy, outspoken women.”

Divinyls put out six full-lengths from 1982 to 1996, gaining the most commercial success with 1991’s self-titled album, the one that spawned “I Touch Myself.” Divinyls reunited for a short time in 2006, and Amphlett was also an actress on stage and screen. She revealed her multiple sclerosis diagnosis in 2007 and cancer in 2010.

Christine Joy Amphlett succumbed to the effects of breast cancer and multiple sclerosis, diseases she vigorously fought with exceptional bravery and dignity. She passed gently, in her sleep, surrounded by close friends and family, including husband of fourteen years, musician Charley Drayton; her sister, Leigh; nephew, Matt; and cousin Patricia Amphlett (“Little Pattie”).

Chrissy’s light burns so very brightly. Hers was a life of passion and creativity; she always lived it to the fullest. With her force of character and vocal strength she paved the way for strong, sexy, outspoken women.

Best remembered as the lead singer of the ARIA Hall of Fame inductee, Divinyls; last month she was named one of Australia’s top ten singers of all time. Chrissy expressed hope that her worldwide hit “I Touch Myself” would be utilized to remind all women to perform annual breast examinations.

Chrissy was a true pioneer and a treasure to all whose lives her music and spirit touched.