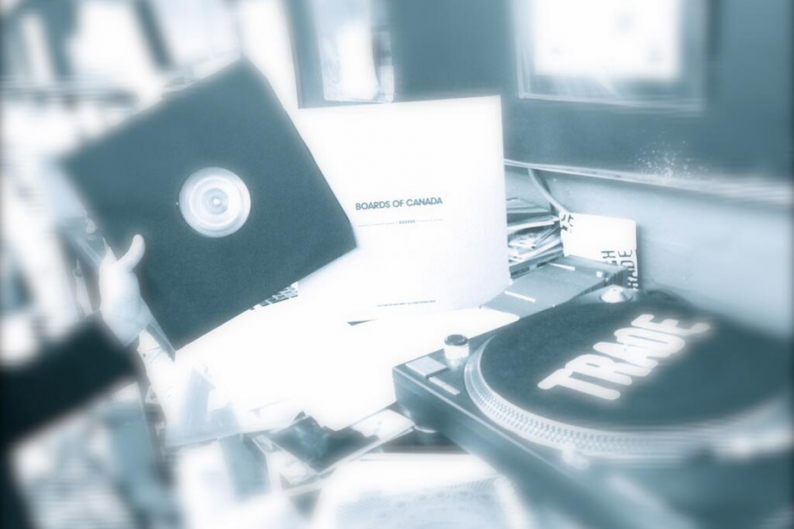 Jack White might’ve showered listeners with the most lavish Record Store Day goodies, but Boards of Canada were responsible for Saturday’s most intriguing puzzle. The Scottish masters of spaced-out electronics haven’t released an album since 2005’s The Campfire Headphase, but an unannounced 12-inch record attributed to the duo showed up at New York’s Other Music. The record appeared to be one of several, each presumably bearing some kind of code.

Now, as 2020k points out (via FACT), London’s Rough Trade East has sold another 12-inch of these as yet unexplained BoC singles. This copy’s packaging contains the same series of slashes, dashes, and X’s as the one sold at Other Music, which would seem to pour cold water on speculation that there must be only six records, each with different codes, spread around the world. But little is clear at this point.

2020k has, through a series of connections elaborate enough for The Da Vinci Code, found another, evidently BoC-related YouTube video from two years ago, which uses the same brief music as the New York record. But that first record also featured a robotic voice saying this series of numbers: “9, 3, 6, 5, 5, 7.” The YouTube video also has that voice, but speaking different numbers: “7, 1, 7, 2, 2, 8.”

Why are you reading this? Shouldn’t you be at your local record store, scouring through the stacks for the next golden ticket — er, we mean, Boards of Canada single? The mystery only keeps growing.