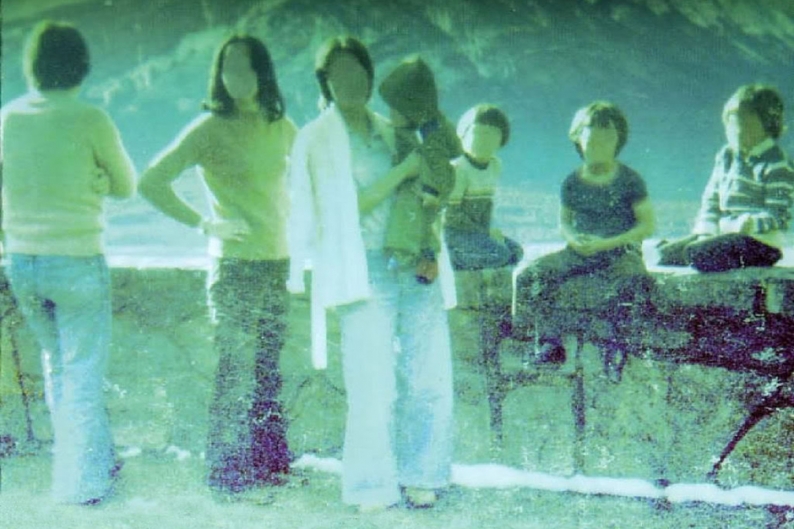 Daft Punk are expertly stoking the flames of their blazing fandom using viral tactics, but Boards of Canada have gone full DHARMA Initiative on us over the past few days. It all started on April 20, Record Store Day, when a New York fan discovered an unannounced piece of BoC vinyl stamped with a code (“—— / —— / —— / XXXXXX / —— / ——“) and containing a small snippet of music followed by a robotic voice reading numbers.

Six numbers to be exact, which corresponded with the number of Xs in the fourth of six slots in the would-be cypher. Yesterday we reported that another set of numbers had been discovered via a trail of breadcrumbs left by the Scottish duo on a YouTube channel named after their original moniker, Hell Interface, and a second one seemingly set up only to transmit the broadcast: a snippet of synth sound followed by more digits. Meanwhile, two frames of the corresponding video included this: “—— / —— / XXXXXX / —— / —— / ——“

Now both BBC and NPR have joined in on the mystery. In his show yesterday, Radio 1 DJ Zane Lowe premiered a track credited to an unknown artist titled “—— / —— / —— / —— / —— / XXXXXX” which followed the same pattern, while All Songs Considered played a fourth snippet offering a new set of numbers, though the position of those digits in the string is yet unconfirmed, there’s good reason to believe they’re the fourth bunch.

For a handful of theories and the detailed play-by-play, please visit 2020K, a blog run by Pennsylvanian audio engineer and Boards of Canada über-fan RJ Kozain. He’s done a stellar, obsessive job of cataloging the entire experiment. Our own two cents: considering the placement of the numbers released thus far, it’s possible that the first two number strings are already out there somewhere. As for what it all means, an apparent friend of the duo tweeted that Mike Sandison and Marcus Eoin have a “new album ready, out in June.”

NPR similarly teased the possibility of a full-length with in their post: “At the end of the show Bob and Robin play an audio clue that adds to a growing mystery on the web pointing to a new album from … an unnamed band. Very mysterious.” Beware the Smoke Monster.