The Rockaway Plate Lunch truck is still open for Brooklyn 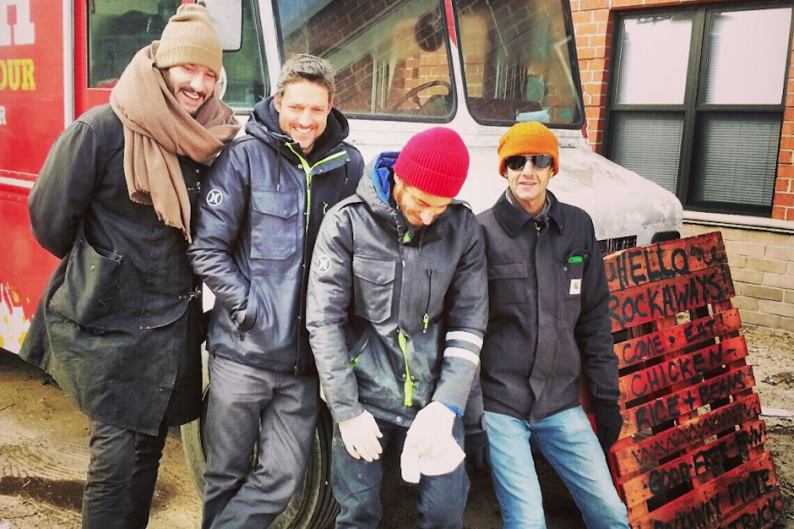 The Beastie Boys’ Mike D, whose voice you might’ve heard recently over the phone, has also been active at home in New York City. As GOOD reports, the rapper has served more than 19,000 hot meals free of charge to victims of Hurricane Sandy. Mike D and restaurant Robert McKinley’s Rockaway Plate Lunch food truck, in partnership with some of the city’s top chefs, has been keeping those who lost power or their homes nutritiously fed.

Mike D recalled heading out to Brooklyn’s Rockaway Beach neighborhood with McKinley shortly after it was devastated by Sandy. “We saw right away all these people living without any power, without any businesses being open, and therefore, no food,” he’s quoted as saying. “We saw the immediate need for warm food, but we didn’t have time to put together a long-term cohesive plan, we just had to react quickly.”

This isn’t White Castle, either, despite the Beastie Boys’ lyrical references to the fast-food joint. “It’s a really hearty meal of chicken, beans, rice, and vegetables,” Mike D told GOOD. “A very complete, warm, flavorful meal, and certainly a lot more nutritious and balanced than a fast food option. We were conscious of giving people something that they were familiar with but at the same time was hearty and warm.” Don’t forget the hot sauce.

Rolling Stone points to the video below, which gives you a glimpse of the project and its impact. It’s heart- (and tummy-)warming stuff, and you can only hope the next generation of hip-hop and pop provocateurs eventually follows Mike D’s lead. As of yesterday’s report, the Rockaway Plate Lunch food truck was still open.

And don’t miss all our Beastie Boys goodies, from photos of the trio’s career to their oral history.