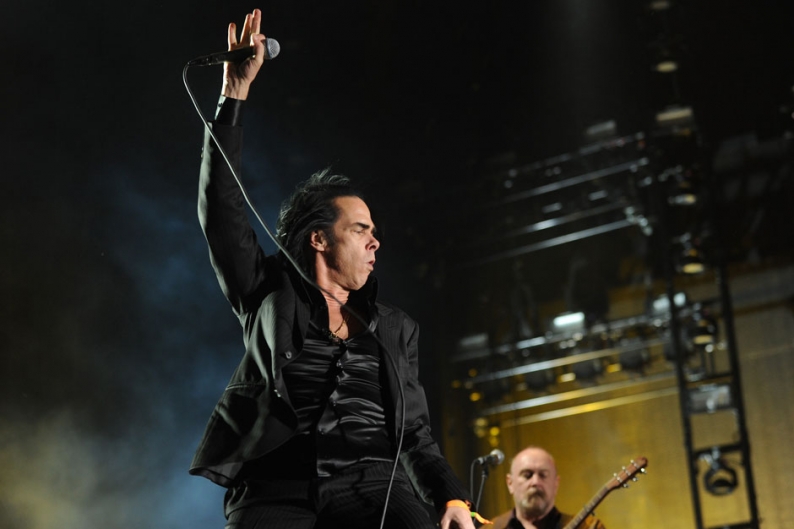 All Tomorrow’s Parties is planning its first-ever festival in Iceland for June 28 and 29, and the British promoters have booked Nick Cave & the Bad Seeds, Thurston Moore’s Chelsea Light Moving, the Fall, Deerhoof, Thee Oh Sees, the Notwist, and more for the inaugural event. ATP Iceland will be held at a former NATO base in Keflavík that’s now known as Ásbrú; according to organizers, the venue has a capacity of 4,000 people.

The rest of the lineup draws heavily (but not exclusively) from Iceland’s very own. Also on the roster: SQÜRL (featuring director Jim Jarmusch), Múm, Ham, Dead Skeletons, Valgeir Sigurðsson, Mugison, Amiina, Ghostigital, Puzzle Muteson, Apparat Organ Quartet, Hjaltalín, Snorri Helgason, Kimono, and Æla. Festival-goers will also have access to a number of film screenings, including one day of showings curated by Jarmusch himself; the other day will feature films chosen by other booked performers.

Tickets for ATP Iceland are currently available. Other events arranged for the international concert series include the Yeah Yeah Yeahs-curated I’ll Be Your Mirror showcase in London, scheduled for May 4; the main ATP installment, headed by TV on the Radio and Deerhunter in Camber Sands, U.K. and planned from May 10 to 12 and June 21 to 23, respectively; the Breeders-led Release the Bats Halloween party in Melbourne, Australia on October 26; and Grizzly Bear’s I’ll Be Your Mirror edition, which was originally set for May 5 but was recently postponed to November 2 after two headliners pulled out.