From the post-punk band's 'Change Becomes Us' LP 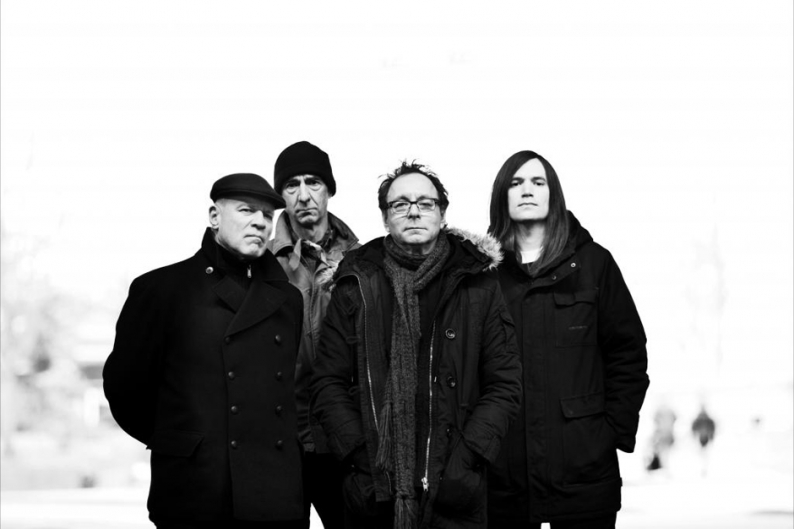 Wire are set to release their 13th album on March 26 via their own Pinkflag label, but Change Becomes Us isn’t your standard late-career entry for a gang of post-punk giants.

Work on the 13-song set really began back in 1979 — the same fertile-but-fraught period that resulted in their enduring classic 154. When the London band broke up a year later, the blueprints of several songs-in-the-making were left behind. Last year, Colin Newman, Graham Lewis, Robert Grey, and new guitarist Matthew Simms (guess which one he is in the photo) repaired to a studio in Wales to build something entirely new out of the dusted-off scraps.

At the top of the year, we heard “Doubles & Trebles,” a darkly grinding sorta sci-fi intro to Change, and now we have a markedly different glimpse at the new old material. “Love Bends” is upbeat in both literal rhythm and lyrical tone, a rose-tinted take on romance as something that “straightens the road,” “dives for pearls” and “lightens the load.” Stereogum had the premiere, and Brooklyn Vegan has provided the stream below: