The alt-metal guitarist looks back on the band's first release, and drops some hints about upcoming efforts 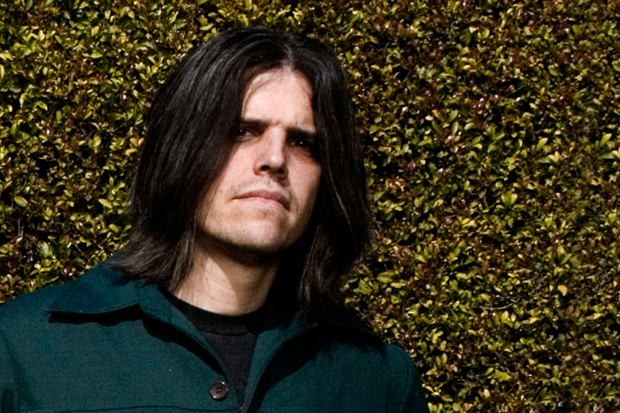 “I grew up with double-gatefold vinyl, and I didn’t use the cover for cleaning my pot,” deadpans Tool guitarist Adam Jones — who incidentally doesn’t smoke weed — about why album art still matters to him. “The visual element is something we’re losing. I think our society is going into a forced minimalist period and people don’t care.”

The more pressing subject, though, is the limited-edition, art-jacked 21st-anniversary reissue of Opiate, his band’s swelling, heavy debut release. For an outfit that has gone to painstaking lengths to impress its fans with eye-popping visuals, including the lenticular jewel case for their 1996 album Ænima and stereoscopic goggles for 2006’s 10,000 Days, the group’s guitarist-art director isn’t holding back this time. The reissue will feature new illustrations by Iron Man artist Adi Granov and innovative packaging designed by Mackie Osborne, Jones’s friend (and the wife of Melvins frontman King Buzzo). Tool have prepared five different versions of the artwork for the reissue (out March 26), limited to 5,000 copies total, and each will contain new artwork to view with the 10,000 Days goggles.

When the EP came out in 1992, those genre-defying sounds fit right in with L.A.’s nascent alt-metal scene, which at the time included Jane’s Addiction, Rage Against the Machine, Rollins Band and comedy rockers Green Jellö. Opiate’s “Hush” addressed issues of the time like censorship, while the masturbation-themed “Part of Me” foreshadowed future Tool gross-outs like “Stinkfist.” The raw live recording of “Jerk-Off,” which the band recorded at the loft where Green Jellö lived, and the seductively hypnotic title cut revealed the band’s taste for early Swans and hardcore punk. The six-song collection was an extreme sampling of what the band would offer in the coming two decades.

“The record company was pushing us very hard to make this big, kick-the-door-down record,” Jones says, looking back. “They told us it needed to have all the heavy stuff, so we believed them. And I don’t regret it. It was kind of testing the water. We ended up going down a different path than I thought we would go down, but I think it worked for us.”

The salt-and-pepper-haired six-stringer, 48, spoke to us from his home, where he was spending a day “being a bum,” as he recovers from a marathon music-writing session for Tool’s new album.

This is the 21st anniversary edition of Opiate. Why did you skip the 20th?
We talked about doing it when it was the 20-year anniversary, but we were sort of un-serious. Then when the 21st anniversary came up, we considered it. Lately, we’ve been trying to write music and not doing any other projects that distract us.

Why did you decide to update the original release’s artwork?
When we did the art for the original, we did it so fast. The record company was giving us input about what sells and what doesn’t, and we tried to ignore it. It’s nice to update it. It still features the image of the priest from the original. There are more ideas developed around it instead of just this one guy. I feel like Spielberg or Lucas updating their movies. It’s me thanking the fans, giving them something special.

The new artwork features illustrations by Iron Man artist Adi Granov. How did you hook with him?
He sent me a Facebook request, and I accepted it. He’s a huge Tool fan and I’m a huge fan of his artwork. He does this very uncanny perspective that looks like it’s done with a computer but it’s not. Originally we talked about doing comics projects together. I’ve been developing comics ideas, and we’ll get to that when I finish the Tool record and he gets through his big workload. But when the Opiate thing came up, he said he would absolutely do it. I sent him some really quick, crappy sketches, because that’s all you need to push someone like him in the right direction. And he did an amazing job. He’s just the bomb. I can’t wait for our fans to see it and hope everyone appreciates it.

What went through your mind when you listened to Opiate again?
A lot of things. I’m proud of what we did. We worked hard, and it’s this little photograph or postcard from that time. It’s like a time machine.

What songs stood out to you most?
The live tracks, “Cold and Ugly” and “Jerk-Off,” which we don’t play anymore. I kind of miss them. Something else that stood out were the themes of Opiate and the way all the songs lead to [the title track]. It’s more the feeling of the record that hit me. It’s hard to describe.

You recorded the live songs at Green Jellö’s loft. What was that show like?
It was so strange. We wanted to record some live songs, so we rented a mobile truck, which is so funny these days because you can set up a laptop and do a better job. The mobile truck had all these spidering, webby cables stretching into a two-story loft. It was kind of chaotic. And there were just lots of problems with people who came. They were too drunk. You can hear this total idiot who climbed up into the rafters, and nobody could get to him, and he was heckling us with a bullhorn. So you hear Maynard make the comment about a dreadlocked idiot. [Sighs] Overall, the performances were really good. In the press, I’ve read that it was the first time we ever played, but it wasn’t. We were signed. We were recording Opiate. I think we were hungry and we really wanted to bleed and chew glass to get a good performance captured. I was very happy when I heard what we did.

In past interviews, you’ve said the songs on Opiate were your hardest-hitting tracks at the time. You also seemed a little ambivalent about how that cast Tool as a “metal band.”
I feel then and now that we are metal. But we’re not traditional cookie-cutter metal, so we’ve always had trouble with people on the marketing side of the fence trying to push our band in different ways. Every time we did interviews back then, journalists wanted to compare us to Biohazard or some other band. And we’d just go, “Well, I think it’s kind of different.” So it’s hard.

The title track has popped up often in your live sets. You’ve collaborated with a lot of people over the years on that song in concert. Do any particular performances stand out?
We’ve always had songs we could pull someone into. We wrote “Bottom” [for Undertow] and asked Henry Rollins to do a little spoken word in the middle. It would have been nice to have someone during the “Opiate” thing. Instead, we’ve had everybody that we’ve possibly run into play drums during the middle of it, or do spoken word, play a solo. Zach De La Rocha did a cool spoken-word section one time. And Heitham Al-Sayed from Senser did a really cool, little Arabic thing one time. We’ve been very fortunate to have our peers and people we really respect come up and contribute.

On that note, what did you think of Limp Bizkit’s “Opiate” cover?
It’s great being appreciated by anybody; be it some band that has much different tastes than yours or a band with a different approach. I heard it once. I thought it was cool.

Since you just finished this Opiate reissue, how does it compare to the Tool record you’re working on now?
We’re older guys now. The band has changed drastically. We’re very distant people now and have our own lives. It’s always been like that. It’s been a collective perspective even from the start, but now it’s much more diverse. And I’m not saying that’s bad. It’s just different. So writing is a different perspective now. It’s taken a little longer. And besides that, we’ve had a couple major setbacks that we’re recovering from. I’m calling March “March Madness” because I’ve been really trying to kick ass and focus on this thing and get it to a point where we’re all happy. I really love those guys. And people grow and they change; it’s just like a relationship. You just have to compromise and respect each other. It’s just like life. It’s like anything else. That’s where it’s at.