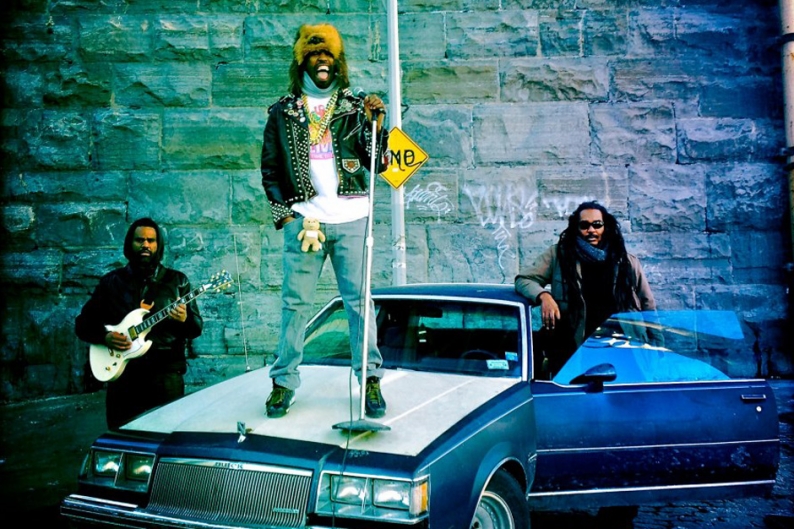 Bad Brains kicked off 2013 with their very own hot sauce brand, and vocalist HR appeared on Ill Bill’s heavy-hitting rhyme odyssey The Grimy Awards (a SPIN premiere) — all part of the legendary punks’ Strange Survival Tale, a story which is still being written thankfully. The latest plot twist comes in the form of something called the White Mandingos.

Los Angeles underground rap phenom Murs has teamed up with Bad Brains bassist Darryl Jenifer and Ego Trip satirist/journalist Sacha Jenkins SHR to found that new disturbingly named band. The trio has an album due out June 11 via Fat Beats called The Ghetto Is Tryna Kill Me, described by the announcement as “a hugely ambitious concept record told from the perspective of Tyrone White, a rock band frontman from Harlem’s Polo Grounds housing project.”

The first taste of this unusual project is the LP’s titular song, a rap-reggae-hardcore hybrid that has fun with self-awareness and spends a decent amount of time goofing on the term “swag.” Between a Dimebag Darrell shout-out and some anti-industry clowning, Murs drops a key nugget: “Artists one-dimensional will always be the loneliest.” There’s something to be said for changing it up. Stream “The Ghetto Is Tryna Kill Me” over at Rolling Stone.