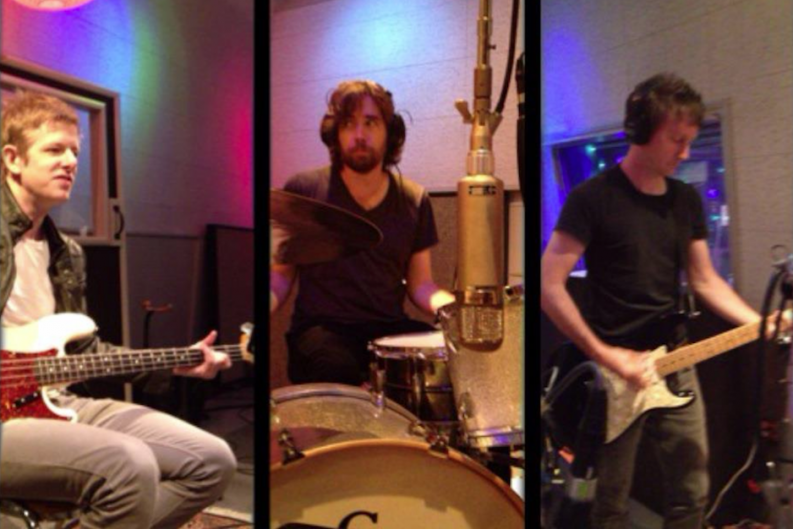 Last summer, Divine Fits and Spoon husky voice Britt Daniel revealed he was in one other band. Led by Jason Narducy, who fronted the power-pop group Verbow and has been in the touring bands for Bob Mould, Robert Pollard, and Telekinesis, the group would be called Spl:t S:ngle. Daniel was playing bass. The Best Show on WFMU’s Jon Wurster, the drummer for Superchunk and Mountain Goats, was playing drums. They’d recorded 13 songs with one mic.

Now Narducy, who has simplified the band name to Split Single (no colons!), has posted the first three songs from the project online. And on first blush the music is in keeping with the various illustrious bands represented here: The soaring, upbeat “Fragmented World” updates the tuneful charge of Big Star or Sugar, while “Waiting for the Sun” is more spacious and groove-oriented, and “Last Goodbye” is swaying and baroque like Verbow. Listen below.

Meanwhile, Divine Fits have been proving their “real band” status lately, covering Tom Petty on late-night TV, debuting a new song at South By Southwest, and covering Bruce Springsteen. Earlier this year, Wurster joined Ben Gibbard, Aimee Mann, and Ted Leo on The Colbert Report, and last year you may have spotted him on NBC’s Today. Ann Curry? Those were simpler times.