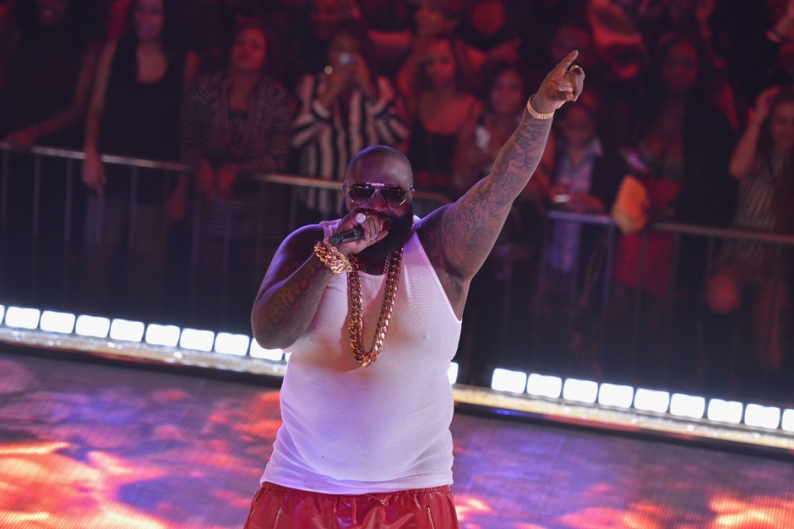 Rick Ross has raised considerable ire for a thoughtlessly offensive lyric he spit as a guest on Rocko’s Future-featuring “U.O.E.N.O.” As noted by SPIN’s Brandon Soderberg, the “horribly rape-y line” goes, “Put molly in her champagne, she ain’t even know it / I took her home and I enjoyed that, she ain’t even know it.” Molly is the popular slang term for ecstasy, as outlined in SPIN’s recent Rolling in the Deep timeline.

Though the track was released more than a month ago, it has returned to the spotlight thanks to a Change.org petition asking the rapper to publicly apologize for the offending couplet. “If what he is saying is true,” reads the rather hyperbolic post, “he has just publicly admitted to drugging and raping a woman. This should be investigated further and he should be prosecuted. If it is not true and they are just lyrics, he has still just glorified rape.”

The outcry over the lyric had previously hit Twitter and Facebook, and nearly 700 people have signed the formal call to action. As a result, Ross addressed the matter in a radio interview with New Orleans radio station Q93.3. “I want to make sure this is clear, that woman is the most precious gift known to man. It was a misunderstanding with a lyric, a misinterpretation where the term rape wasn’t used.”

Actually, that doesn’t seem to address the issue at all, and neither did the rest of his statement. “I would never use the term rape in my records. As far as my camp, hip-hop don’t condone that. The streets don’t condone that. Nobody condones that…I just wanted to reach out to all the queens that are on my timeline and all the sexy ladies, the beautiful ladies that had been reaching out to me with the misunderstanding.”

Listen to the Maybach Music Group bawse’s round-about explanation/non-apology below: