In Dick Move, Prince Smashes Other Guy’s Guitar on ‘Fallon’ 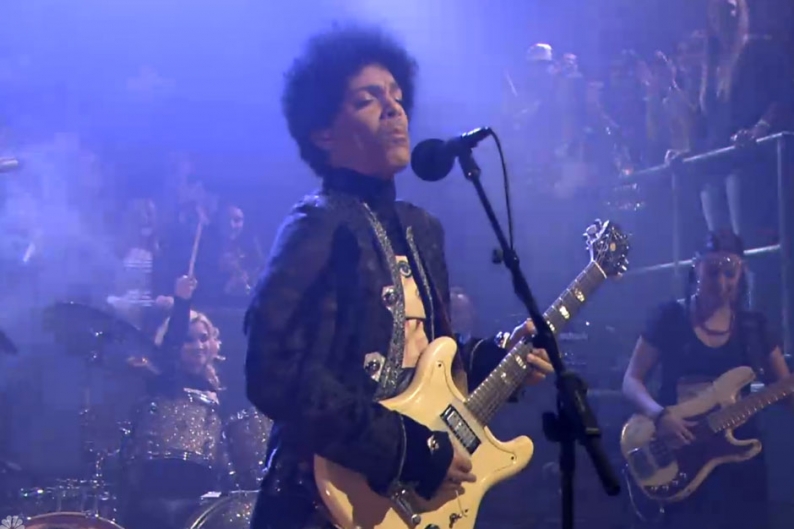 Prince didn’t just metaphorically destroy his two-for-one set on Late Night With Jimmy Fallon last week (March 1), he literally destroyed his guitar. At the time we thought that a was pretty awesome thing to do. But, as it turns out, the gorgeous 1961 Epiphone Crestwood wasn’t his, and thus the act wasn’t awesome. It was way shitty.

According to Death and Taxes, the ax was a loaner from house band guitarist Captain Kirk Douglas. After eyeing it during rehearsal, Prince asked to borrow it for the live show and because Prince gets what Prince wants, Douglas obliged.

The rest is history. The Purple One went to town on his 1979 sex jam “Bambi,” ending the song by throwing off the guitar and letting it crash onto the stage. Hours later, Douglas tweeted a picture of the trashed memento:

What’s worse is that Douglas reportedly asked Prince to sign the guitar, but the Sign O’ the Times star refused, prompting the following tweet from the Roots member:

Maybe it’s because I’m a dad but I think framing the guitar is a little like rewarding bad behavior.

Ironically, Douglas revealed the only reason he had the Epiphone Crestwood on him was because he’d planned to use it during the Prince tribute concert scheduled to take place Thursday at Carnegie Hall.