M.I.A. Claims Her Wealthy Ex Wants to Take Her Baby Away 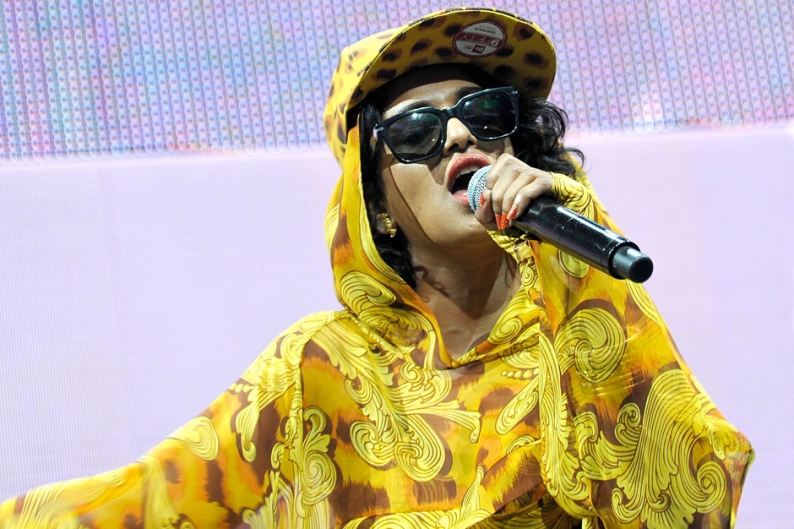 M.I.A. has shared a series of messages on Twitter that imply that her former fiancé Ben Bronfman and his very wealthy family are attempting to gain full custody of the onetime couple’s four-year-old son, Ikhyd Edgar Arular Bronfman. The pair’s breakup was made public a year ago in an article by the Daily News, who claimed to learn that the Sri Lankan singer “sometimes goes six weeks without seeing” her child. It was then reported that Ben’s mother, philanthropist Sherry Brewer, was helping her son care for Ikhyd. 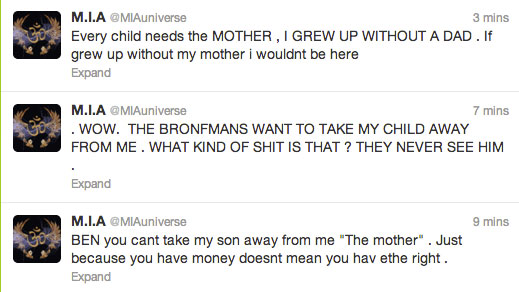 Ben Bronfman is the former frontman of the Exit, the founder of the environmentally conscious Green Owl label, and the son of Seagram heir Edgar Bronfman Jr., who was also CEO of Warner Music Group until 2011. M.I.A. has since taken down the three Tweets shown in the screen grab above.