In case Phoenix, Vampire Weekend, the Postal Service, Mumford & Sons, the National, and the Killers weren’t enough to get you stoked for this year’s Lollapalooza, here are two more huge headliners: Nine Inch Nails and the Cure.

According to the Chicago Tribune, “multiple industry sources” confirmed that a leaked photo of Lollapalooza’s 2013 poster (via Slicing Up Eyeballs) was in fact legitimate. Shelby Meade, a spokeswoman for the festival, reportedly refused to comment on the lineup leak. The final roster will be announced next week, along with a new on-sale date for single-day tickets. Three-day passes for Lollapalooza, which is scheduled to take place from August 2 to 4 at Chicago’s Grant Park, are already sold out. 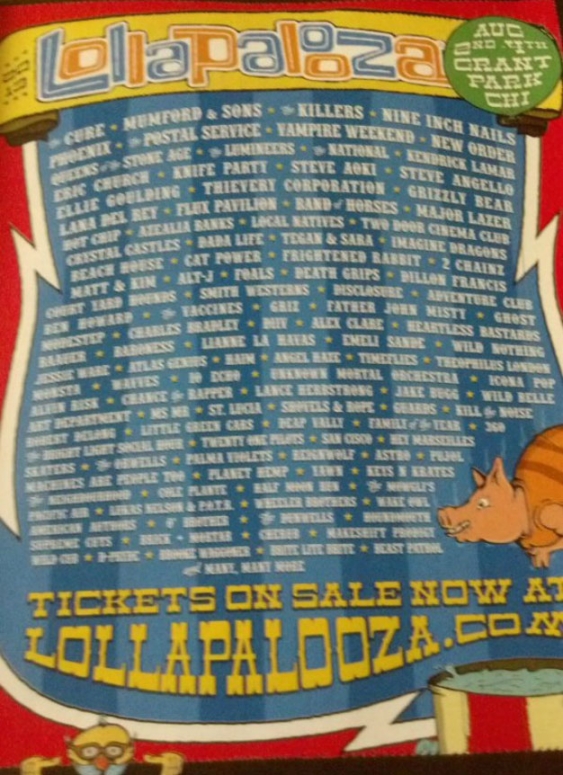