Future and T.I. will open the tour, which starts July 9 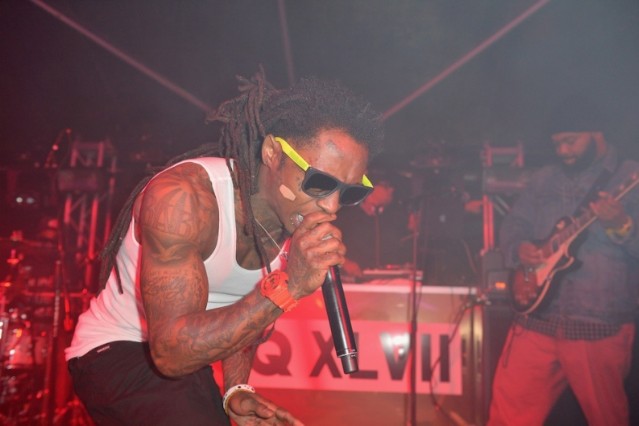 A week after getting out of the hospital, Lil Wayne has announced a massive tour.

Wayne’s new album, I’m Not a Human Being 2, comes out tomorrow, and while it would probably be impossible to return to his peaks from the last decade, songs like single “Rich as Fuck” are at least a step back in the right direction.  In support of the album, Weezy today revealed the 2013 America’s Most Wanted Music Festival, the follow-up to a similarly named 2009 tour.

The upcoming dates start on July 9 in Birmingham, Alabama, and run through September 1 in Irvine, California. Atlanta hip-hop heavyweights Future and T.I. are set to support the Young Money rapper throughout the tour, with other openers to be named later.

In semi-related news, Wayne raps on a newly surfaced song from 2012 Young Money signees Limp Bizkit, “Ready to Go.” Yes, that Limp Bizkit. The aggro rap-rock track is in keeping with Wayne’s tastes in guitar music, and we’re guessing there might be fans of Death Grips or that Grammys old-head rap-rock finale who might be able to defend it. For now: Fred Durst blusters about how he was successful once and how women want to have sex with him. “Red hat to the back like Fred Durst,” Lil Tunechi raps. So, that happened.