Reports that rapper was near death have been retracted 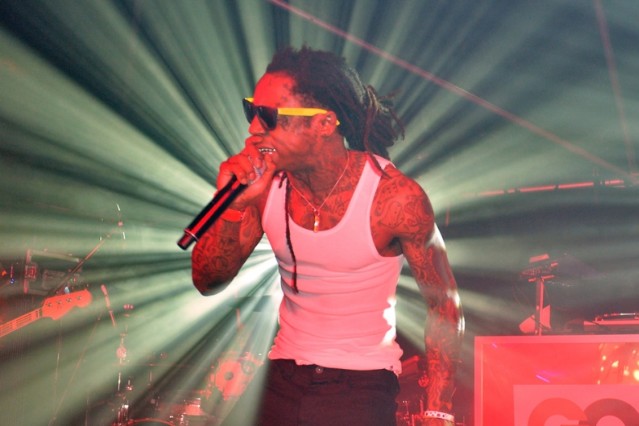 UPDATE: As of Saturday afternoon (March 16), TMZ maintains that the rapper has stabilized, but remains in intensive care. Friends and associates, including Drake, have been spotted entering and leaving Cedars-Sinai hospital, where Wayne is slowly recovering.

On Friday night, a tweet from Lil Wayne’s official Twitter account read, “I’m good everybody. Thx for the prayers and love.” Around the same time, Cash Money Records CEO Ronald “Slim” Williams said in a radio interview with Chicago’s WGCI, “There ain’t no truth in what you heard today. He’s chillin’. We sittin’ here watching the basketball game with each other. He good.”

The 30-year-old rapper’s condition is apparently so serious that the celebrity news site reported that he was being prepared for his last rites. They’ve since removed that update, and stress that decisions about his continued care will be made once his mother arrives at Cedars-Sinai Hospital — reportedly, she is on a plane en route to Los Angeles.

Lil Wayne’s first public bout with seizures came back in October during a flight on his private jet, which had to be grounded so that he could receive assistance. On Tuesday following a video shoot, he experienced a similar incident that sent him to Cedars-Sinai Hospital in Los Angeles. Both times, however, he was released fairly quickly.

But hours after his last discharge, one of his bodyguards evidently discovered Wayne lying on the floor of his hotel room unconscious. He was rushed back to the hospital but did not stabilize, and so went on to ICU. He had to be placed in restraints because he was shaking so intensely, says TMZ, who also learned that he has been put into an induced coma, which has him breathing through tubes, and is currently “unstable.”

Sadly, the gossip site is reporting that drugs could have been the culprit. Unnamed sources say that the hospital found a great deal of codeine in his system. Doctors apparently had to pump his stomach three times in order to get the intoxicants out of his system. We will update as soon as we hear anything more.

It’s worth noting that Wayne’s camp have been telling a different story. Young Money rapper Mack Maine went straight to Twitter to let followers know, “Wayne is alive and well! We watching the Syracuse game…thanks for the prayers and concern..he will update you all soon.” And then, “We will be releasing an official statement shortly but dont believe the nonsense about comas and tubes to breathe…that’s false!!”

Wayne is alive and well! We watching the Syracuse game…thanks for the prayers and concern..he will update you all soon. #love

We will be releasing an official statement shortly but dont believe the nonsense about comas and tubes to breathe…that’s false!!

Meanwhile, Wayne’s mentor Birdman has tweeted, “My son is in good spirit..feelin much betta…be home soon.” Hopefully that will be the case and this was all a misunderstanding.