The Library of Congress Just Got Into the Ramones, Pink Floyd

Home » News » The Library of Congress Just Got Into the Ramones, Pink Floyd

Pink Floyd, the Ramones, Janis Joplin, and more have moved onto the great gig in the sky: Some of their most notable works have been selected for preservation by the Library of Congress.

The Dark Side of the Moon, the Ramones’ landmark self-titled 1976 debut, and Joplin’s second album, 1968’s Cheap Thrills, are among the 25 newest recordings to receive this highly esteemed honor. Thanks to the National Recording Preservation Act of 2000 — you know, the same legislation that is bringing the 8-track back — the Librarian of Congress, James H. Billington, is responsible every year for choosing 25 “culturally, historically, or aesthetically significant” recordings to be added to the National Recording Registry for long-term preservation.

The Librarian also takes guidance from a formal preservation board and suggestions from the public. We always thought “I Wanna Be Your Boyfriend” was as much of a revelation as anything President Dwight D. Eisenhower had to say; now we know the U.S. government thinks so, too.

Other fresh honorees include Simon and Garfunkel’s 1966 album, Sounds of Silence; “The Twist” by Chubby Checker; the soundtrack to Saturday Night Fever (which, by the way, is one of 40 Movie Soundtracks That Changed Alternative Music); and a pre-recorded message from Eisenhower that was carried on the first-ever communications satellite launched on a U.S. rocket. To date, the National Recording Registry contains 375 recordings. 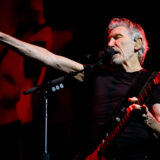 Scroll down for the full list of this year’s inductees, and head over to the National Recording Preservation Board’s website to nominate recordings for next year’s registry.