The 968,000 Experience: How Does Justin Timberlake’s Big First Week Stack Up?

It's safe to say that by selling more than 968,000 copies of his new album The 20/20 Experience, Justin Timberlake met — or even surpassed — the most lofty of commercial expectations. But where do those sales numbers rank in the history of the SoundScan era (1991-present)? SPIN investigates in a series of charts (via Billboard and Yahoo info) that examine how Timberlake compares to the rest of contemporary pop, his own previous albums, and the boy band era that birthed him. Apologies, JC Chasez!

1. The 968,000 Experience: How Does Justin Timberlake's Big First Week Stack Up? 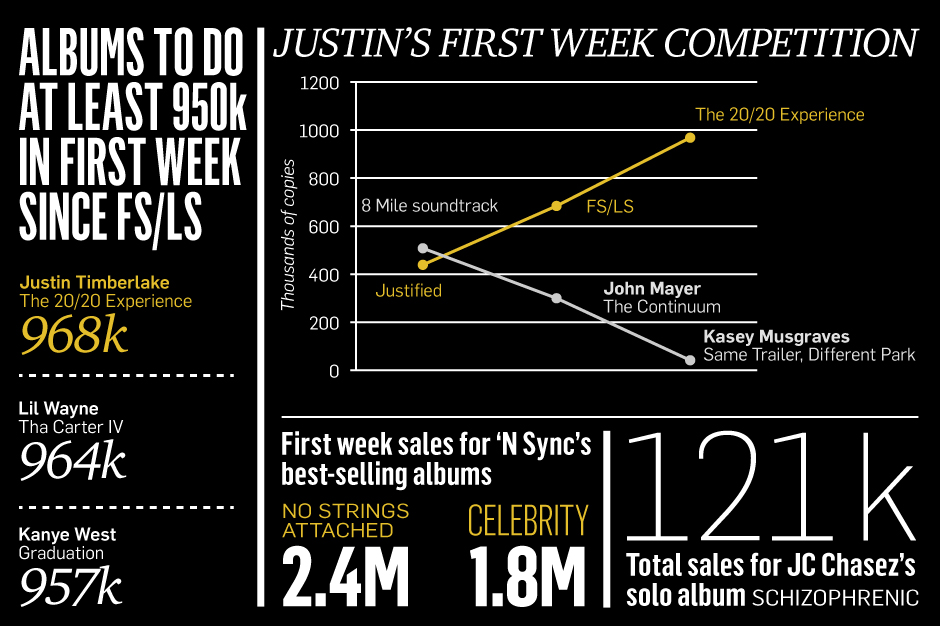 2. The 10 Biggest First Weeks of the SoundScan Era 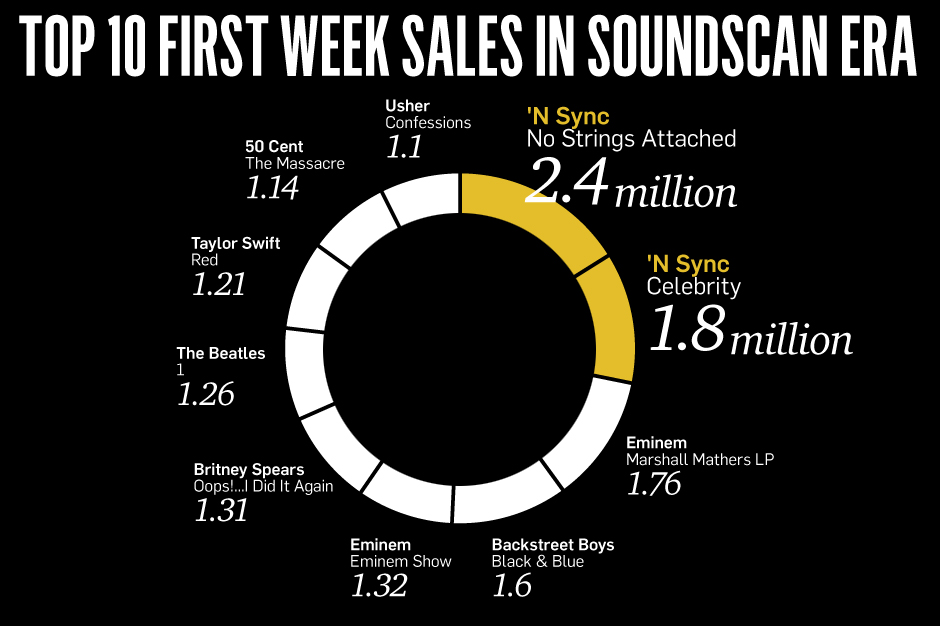 3. Peak of Lead Singles From Those 10 Big Albums 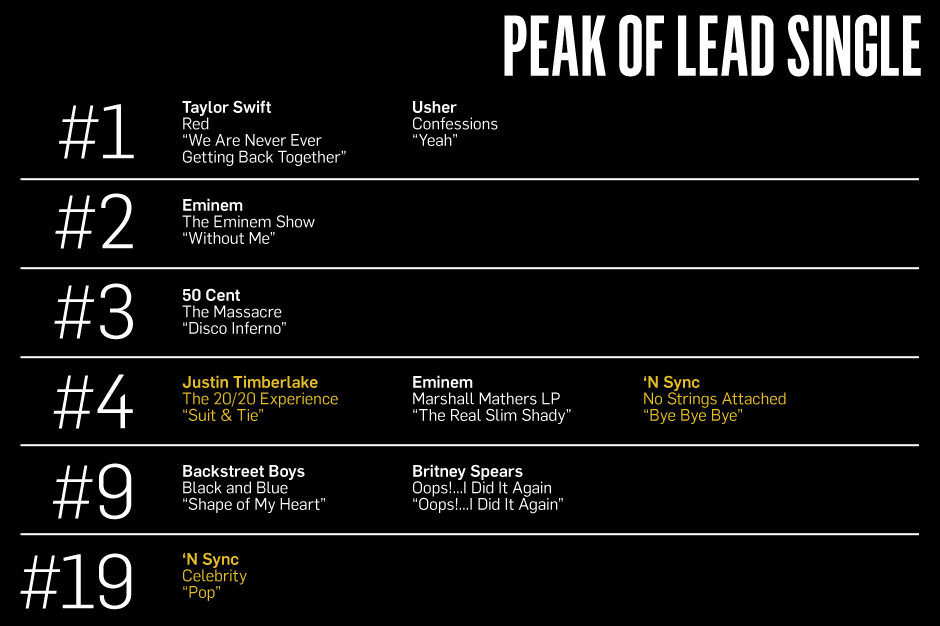 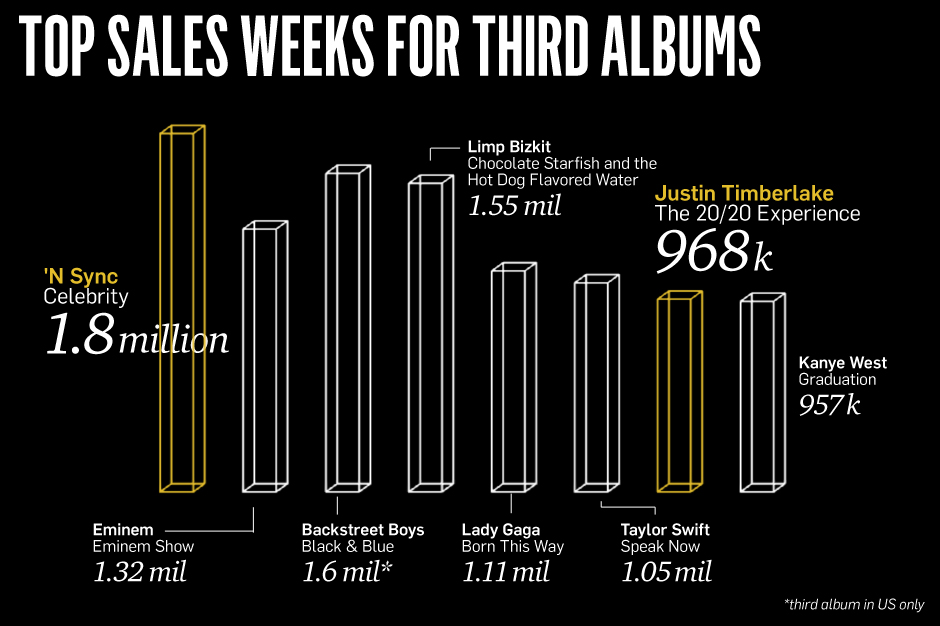 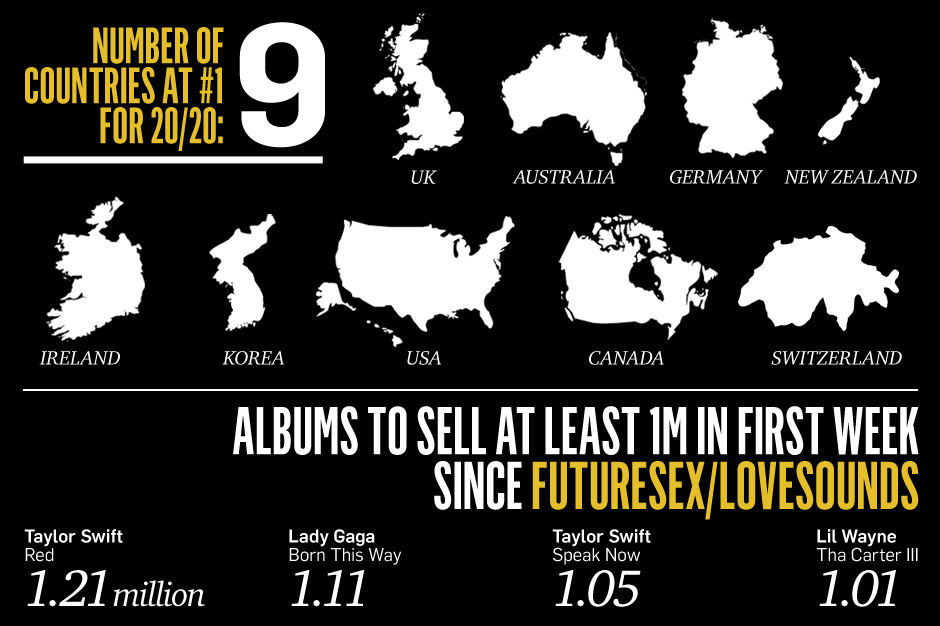