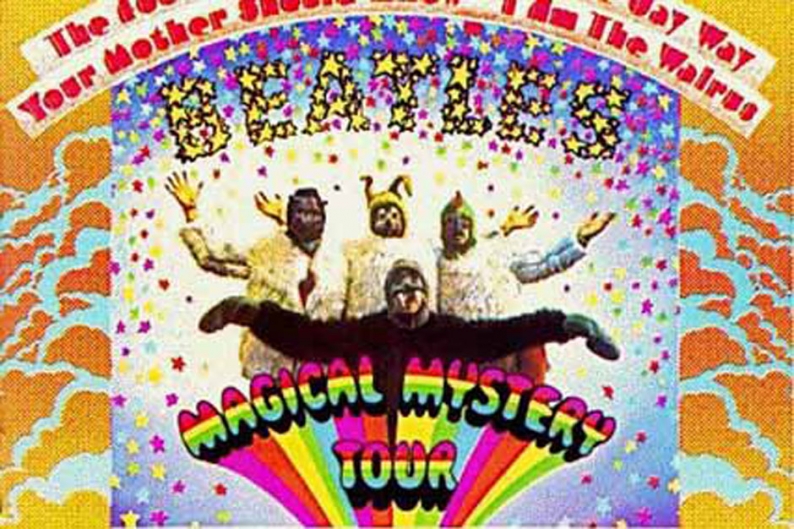 Sure, money can’t buy you love, but it can buy you a guitar once played by both John Lennon and George Harrison. Reuters reports that a Vox electric guitar used by the two late Beatles will hit the auction in block in May.

Julien’s Auctions will offer the custom-built instrument to the highest bidder as part of a “Music Icons” series on May 18 in New York City. According to the Beverly Hills-based auction house, Lennon and Harrison both worked with the guitar during the Fab Four’s Magical Mystery Tour days. Harrison reportedly practiced 1967’s “I Am the Walrus” on the ax, and Lennon played it that same year during a video session for “Hello, Goodbye.” Julien’s expects the item to pull in between $200,000 and $300,000.

Martin Nolan, executive director of Julien’s Auctions, described the Vox guitar as “one of the most historical pieces of musical memorabilia” in the auctioneers’ catalog. The California company’s “Music Icon” collection also includes a copy of the Beatles’ 1963 debut, Please Please Me, signed by all four bandmembers (hopefully the estimated $30,000 to $50,000 price tag means the autographs are legit); an edition of In His Own Write, a book of drawings and stories by Lennon (also signed by every Beatle and predicted to fetch around $30,000); personal clothing and jewelry that once belonged to Elvis Presley; a “Beat It”-inspired jacket autographed by Michael Jackson; as well as memorabilia linked to Madonna, David Bowie, the Rolling Stones, and many more.

Prior to the NY auction, Lennon and Harrison’s old guitar will be on display in Ireland’s Museum of Style Icons from April 16 to May 5.