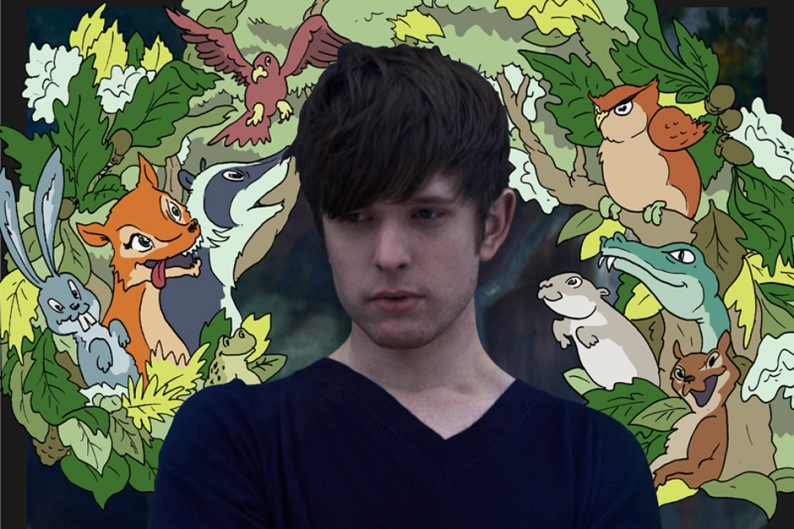 James Blake’s Overgrown LP arrives in a mere month, and as that April 8 deadline approaches our host just gets more and more generous. Not one, but two new tracks are making the rounds today. February release “Retrograde” made good on the London producer’s promise that his forthcoming set would be more aggressive than 2011’s eponymous game-changer — the video drove that point home with a hail of asteroids — and these latest leaks stack up nicely.

“Digital Lion” is the London producer’s much anticipated Brian Eno team-up (RZA is set to appear on the album as well), and it doesn’t disappoint. Though it begins with a ghostly swirl of sound, the track soon breaks into a steady mechanical beat accompanied by warm guitar strums and pained soulful cooing. The hymnal hums and piled-on percussion leaves one with an elemental and humanistic feel, despite all of the digitalia that’s involved.

“Voyeur” arrives as well, thanks to BBC Radio 1 DJ Benji B, but not exactly as it’ll appear on the album. This dub version cuts Blake’s beats and warps his words so that we only get a glimpse of the original — the words, “‘Cause I am floored, when I head through those doors,” over a staticky rumble and minimal drums — as the track builds into a left-field dance destroyer à la Four Tet. Blake’s own 1-800-Dinosaur label will release the track in the next month or so.

Get into these, then stare at the rest of the Overgrown track list for a spell.