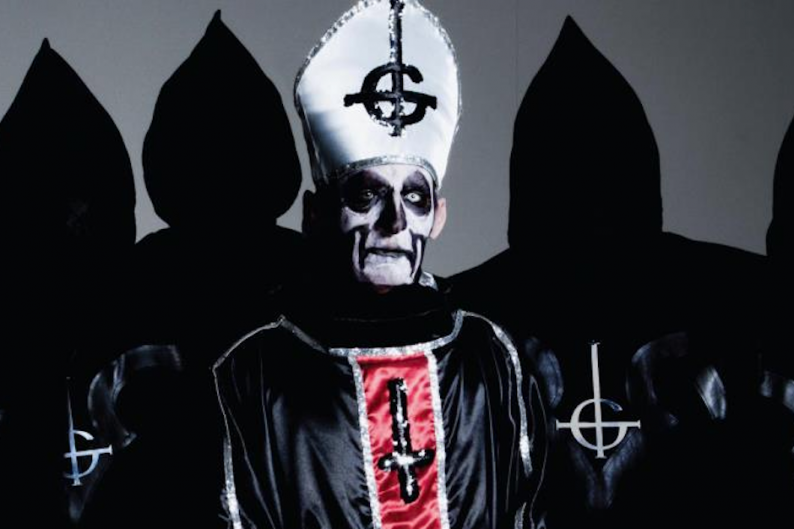 The papal conclave could hardly have come at a better time for Ghost, recently rechristened Ghost B.C. for the apparently ghost-besieged U.S. market.

With their Dave Grohl-produced ABBA cover out of the way, the Swedish metal band can now focus on one of SPIN’s 50 Albums You Gotta Hear in 2013, their upcoming Infestissumam (April 9 via Loma Vista Recordings). The album’s Beelzebub-repping death march “Year Zero” lives up to the LP title’s Latin meaning, “hostile,” as Satanic-choir hooks flow into comparatively restrained, melodic verses that are somehow even more sinister.

The amusing gimmick: To actually hear “Year Zero,” you have to “vote” for Ghost B.C. frontman Papa Emeritus II in an evil papal conclave. The Roman pontiff might no longer be a former member of the Hitler Youth, but unless you’re down with ancient serpents and nations falling one by one, the Vatican could still probably pick someone less likely to cause an apocalypse than these dudes. Cast your ballot, and pray for black smoke.

The Best Music We Saw in New Orleans During Voodoo Weekend