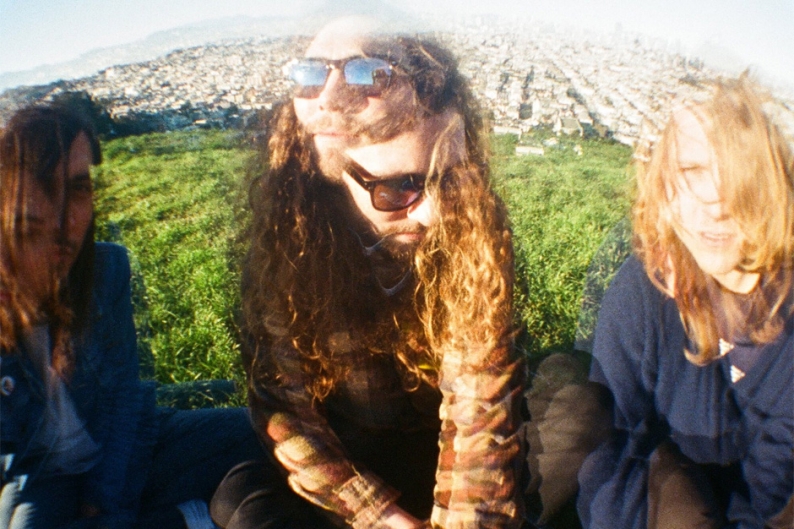 As SPIN’s David Bevan wrote in his cover profile of Ty Segall last fall, the San Franciscan garage-punk cyclone’s newly formed outfit is so aptly named, it’s a wonder someone didn’t beat them to it. As Fuzz, Segall and his former Epsilons pals — Roland Cosio (bass) and Charlie Mootheart (guitar) — are a well-oiled doom machine spewing out noxious proto-metal and blues-dripping rippers the likes of which the world hasn’t heard since Black Sabbath and Blue Cheer infested the airwaves. In January we received “This Time I Got a Reason” and “Fuzz’s Fourth Dream,” a double dose almost too gnarly to take in all at once. Still, the 7-inch boasting both reportedly sold out in 10 minutes, so it’s time for something new.

Los Angeles garage-rock institution In the Red Records will release “Sleigh Ride” on April 16 and that, too, is destined for instant rarity status if the strength of the song is any indication. The track begins with a slow grind but picks up the pace as Segall snarls out lines about “spinning wheels,” “burning ships,” and “the sickness of isolation.” Clearly, this is no Christmas carol delivered out of season. Nay, it is the “sludgy, heavy, psyched-out” sound we were promised. (Additionally, its 7-inch will come backed with “You Won’t See Me,” a bluesy skulker you’ll have to wait to hear.) The best part? In the Red owner Larry Hardy says Fuzz are hitting the studio in May with engineer Chris Woodhouse (Ty Segall Band, Thee Oh Sees, Wild Flag) to record their debut LP for his label.