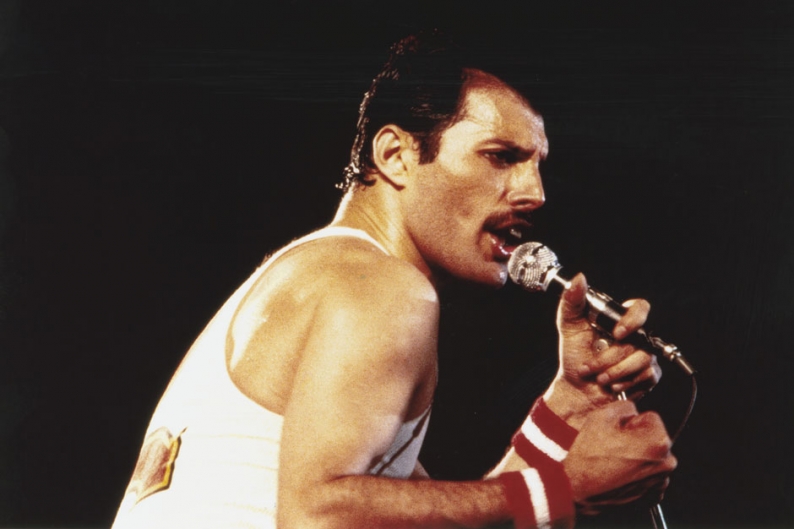 Just weeks after the location of the late Freddie Mercury’s final resting place was thought to be revealed, the memorial plaque that commemorated the fallen Queen singer has disappeared. The Mirror reports that the bronze dedication is now missing from London’s Kensal Green cemetery, where the U.K. tabloid discovered it last month.

“In Loving Memory of Farrokh Bulsara, 5 Sept. 1946 – 24 Nov. 1991,” it read. “Pour Etre Toujours Pres De Toi Avec Tout Mon Amour – M.” Mercury changed his name from Bulsara in 1971, not long after Queen’s formation. The French portion reportedly translates to, “Always To Be Close To You With All My Love,” and the “M.” is believed to reference Mary Austin, a former girlfriend of Mercury’s. Austin inherited the legendary frontman’s mansion in Kensington, Garden Lodge, following his 1991 death and cremation. She is also thought to have inherited Mercury’s ashes and to be the only living person who knows of their whereabouts.

According to the Mirror, fans speculate that Austin removed the plaque last week in an effort to keep the location of Mercury’s ashes a secret.

“I made a promise on his death bed that I would never reveal where his ashes were,” Austin reportedly said recently. “I do know where they are but that’s all I have to say on it.”

A fan told the Mirror, “It’s just disappeared into complete thin air… It’s all very odd but just adds to the intrigue of where they ended up.” Last month, another fan said, “Everyone knows Freddie was cremated at Kensal Green Cemetery in 1991 but it has remained a complete mystery as to where his ashes were finally laid to rest. According to some biographies, his ashes weren’t even collected from Kensal Green for well over a year following his cremation. The discovery of this plaque is really exciting and may prove to be a major breakthrough.”

Though the West London cemetery has a scattering garden for cremated remains, many believe Mercury’s ashes were taken abroad. Now it looks like devoted Queen followers will never know their location for certain, which is a bit of a bummer, but if it was among the singer’s last wishes that his final resting place remain a secret, perhaps it’s for the best.