Houston MC: "We put our all into it — blood, sweat, rum, tears and more. The world gon' feel us." 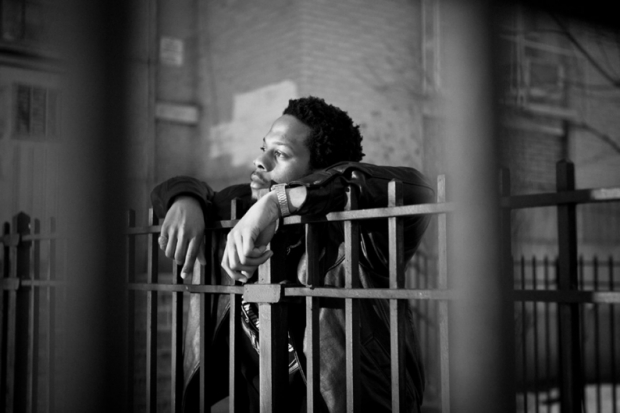 Fat Tony is a New Underground star in the making. Coming up in Houston, the MC worked equally hard as a promoter, bringing punk, rap and parties to his peers. Now he combines the attitude of the first with the brains and fun of the others to churn out highly contemporary hip-hop with an easy appeal. With a solid mixtape in his recent past — the Double Dragon team-up with his go-to producer Tom Cruz — the man born Anthony Obi is prepping a new official LP, Smart Ass Black Boy, due June 11 via Young One (Main Attrakionz).

“We’re excited as hell to finally have this album almost out,” Tony tells SPIN. His last full-length was 2010’s low-flying RABDARGAB, named after the Houston educational initiative Read a Book – Do a Report – Get a Buck. “We put our all into it — blood, sweat, rum, tears and more. It took us throwing a lot of BBQs and slumber parties to make Smart Ass Black Boy a reality. I wrote it all in two days and we recorded it in four. It’s the best album I’ve made yet and I think Tom Cruz was totally in the zone on every beat. The world gon’ feel us.”

That very same world can start feeling Tony and his friends right now thanks to the new album’s first leak, “Hood Party,” featuring Kool A.D. (late of Das Racist) and tough-as-nails Queens indie rapper Despot. The track takes on gentrification in a way that’s both critical and sympathetic over a crunchy lo-bit beat that packs its own spit-shined swagger. As always, Despot is particularly on point: “Stop asking where Brooklyn at / Coulda just looked on a map / Half the cats yellin’ back / Ain’t where they’re from, it’s where they’re at.”

Get situated with this: