With a new lineup in place, the band shares the track list, cover, and credits for the May 7 LP 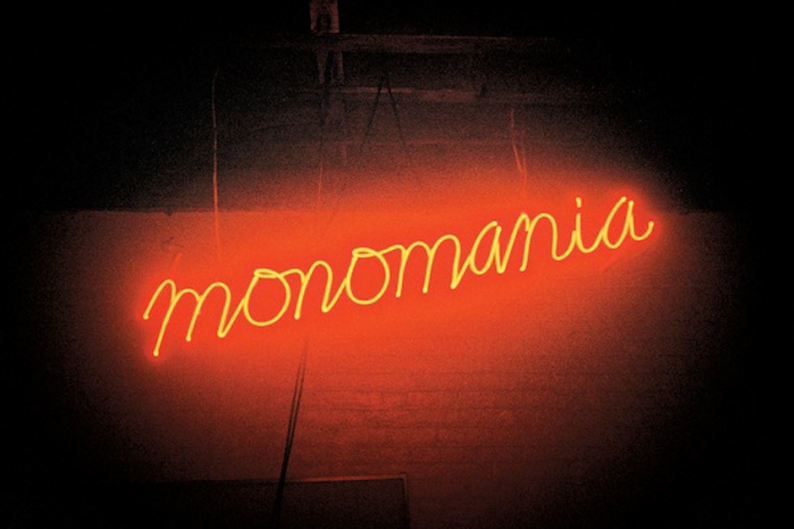 Deerhunter have announced their forthcoming fifth album Monomania, due out May 7 on 4AD, via a strangely worded and somewhat scrambled press release. The odd missive describes a “Mystery disc of NOCTURNAL GARAGE. rat tapes / NEW FORMAT,” which, apparently, “is avant garde(?) but only in context not form (original intent of avant garde (1912-59) / before logic: FOG MACHINE / LEATHER / NEON.” Well, duh. Who didn’t see that coming?

The announcement shares the cover art (above) and the track list (below), and describes the group founded by Bradford Cox as “Resistant to HISTORICAL / FUTURIST SNARES (1959 _),” plus “formed 2001, AMENDED JAN. 2013.” Those amendment include the expansion of the band to a five-piece, with Lotus Plaza touring member Frankie Broyles now lending guitars, and bassist Josh McKay replacing Joshua Fauver. Their detailed credits are below as well.

Monomania, which is named for a pathological preoccupation with a single thing or idea, was recorded using “MULTIPLE 8TRAX” in Brooklyn by Cox and Rare Book Room mix-master Nicolas Vernhes (Marnie Stern, Matthew Dear, Wild Nothing). Looking for more information on this “American (GA) Rock Group” and their new full-length? Glean what you can from the drag-tastic press photo, band members’ credits and colorful song titles. 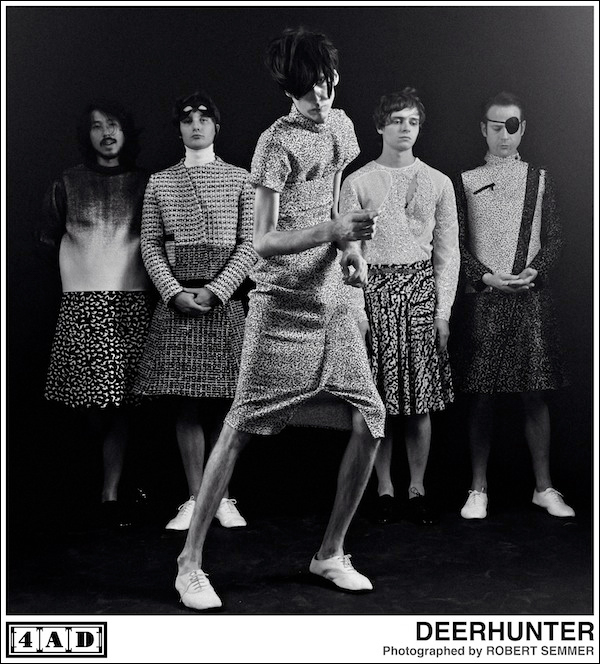