D’Angelo has been judicious in his slow return to the stage, with his comeback shows taking on a few mutated forms. He appeared at Bonnaroo last year as the centerpiece of ?uestlove’s “Superjam,” running through a litany of covers with an all-star band. At Made in America his set took on a hard-rock bent, and at the Essence Music Festival in New Orleans he oscillated between the old and new, with not enough of the former for a crowd hanging on every note, waiting for “Brown Sugar.” On Monday night at Brooklyn Bowl in New York City, he and ?uestlove presented something different once again: just the two of them jamming on stage — D’Angelo on keys, piano and organs, ?uestlove on drums — billed as “The Soulquarians: Brothers in Arms.”

It’s a dynamic that has a particular significance in the lore of D’Angelo’s mercurial career. This is how his music gets recorded — D’angelo, ?uestlove, and a crack band hole up in a studio and bounce off each other, songs slowly blooming. ?uestlove acknowledged it when the two waltzed onto the stage on Monday night, saying that he wanted to “recreate a moment.” The implication was understood. It’s a thrilling proposition, being given a peek into the creative process of a man almost universally hailed as a genius, if not a legend. But with D, it’s never that simple.

Letting an audience in on his creative process also means cracking a window into his madness. D’Angelo, famously, hasn’t released an album in over 13 years, and this — this “moment” — is his rut, one that he can’t, or chooses not to, get out of. His third album — long rumored to be titled James River — is a cloud that casts a shadow over his every move, and Monday night was no different. So maybe it’s good news that ?uestlove at least treated it like the running joke that it is. “Y’all waited 13 years, you can wait another two hours,” he said before the two eased into their set.

Later — after lovely, broiling versions of Voodoo highlights “The Line” and “The Root,” in which D showed that his voice can still prowl like no one else in music — ?uestlove implored the crowd to show D love: “If y’all don’t make noise, you’re going to be waiting until 2042.” Of course, the audience obliged, and D, showered in the type of unbridled awe and adoration that just about anyone craves, cracked a wide, sheepish, goofy smile. 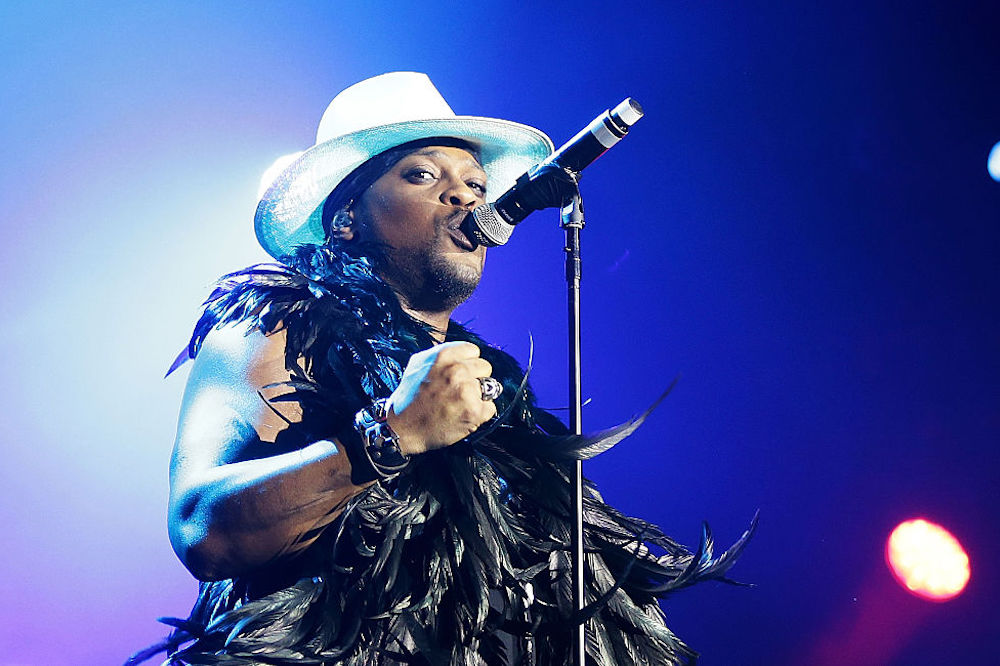 He looked genuinely happy throughout the night, riffing with his longtime partner under no real pressure, gliding in and out of fan favorites, providing the connective tissue between his music and that of Prince and Sly Stone, both of whom the duo covered. He seemed placated, to be sure — but, of course, therein lies problem. Such is the double-edged sword of D’Angelo’s reemergence — he gives us part of what we want, but what if it’s all that he wants?

?uestlove, for what it’s worth, is on our side. “Is the record almost finished?” he asked D’angelo at the conclusion of their set. After a beat, D responded: “Yes.” The two then returned for a divine encore of “Lady,” and as they exited the stage, ?uestlove left us with this: “We will see you in 2022.” He was joking, but I think he’d understand that it was hard to laugh.

?uestlove, d'angelo, We Were There