Inspired by Elton John, Chinese Dissident Ai Weiwei Has Made a Metal Album 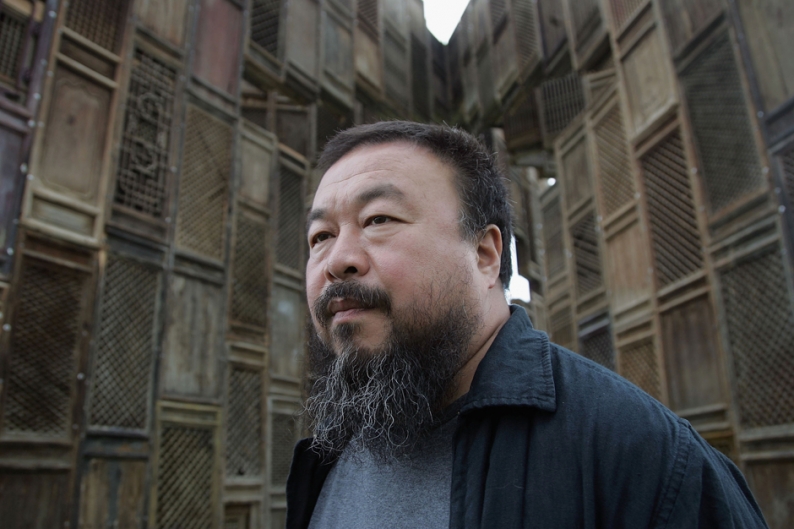 Multifaceted Chinese artist and political dissident Ai Weiwei has recorded an album of hard-rock songs, and he’s going to ask for Elton John’s help in releasing the thing. According to England’s The Times, the Beijing resident and occasional ward of the state has written nine songs parodying life in his country and he’s employed local rock star Zuoxiao Zuzhou to back his singing with some searing licks.

The album, which he’s calling Divina Commedia (after a little ol’ book by Dante Alighieri), was inspired by a trio of influences: the raucous opening ceremonies of the London 2012 Olympics; his 81-day disappearance following an arrest over possibly bogus tax evasion charges; and the “warm heart,” “passion,” and “expression” of John, who dedicated his February concert in the Chinese capital to Weiwei.

As the Guardian reports, that political gesture has inspired authorities abroad to consider tightening restrictions where foreign performers are concerned. Although Weiwei was hired as a design consultant for the 2008 Summer Olympics in Beijing, he has long been a thorn in the side of the government, promoting freedom of expression and calling attention to issues the PRC has swept under the rug.

“Art is about communication, and this is pure communication,” Weiwei told The Times of his music project. Much of his previous work has been displayed at museums around the world, but he recently experienced a viral bump after spoofing PSY’s “Gangnam Style.” “My exhibitions may, if they are really popular, get 300,000 people to see them over three months. On YouTube I can get one million hits in two days.”

Though Weiwei isn’t yet sure how he’ll distribute Divina Commedia, he told the Guardian he’ll reach out to John for his expertise: “I will send it to him and ask his opinion. I haven’t asked him for advice — I will surprise him.” And he will surprise us, too, if he turns out to be a genius marketer of Chinese heavy metal albums steeped in political parody. Goodbye yellow brick road, hello red menace.