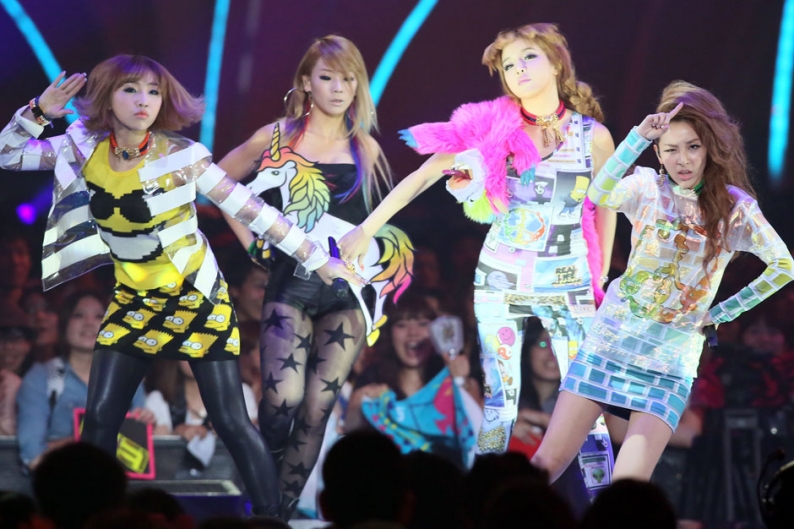 A year ago at this time, both Girls’ Generation and 2NE1 looked poised to steamroll the American market and shush those that might suggest K-Pop’s increasingly global conquest would stop here. The former had a Snoop Dogg cosign (and Letterman appearance) in their handbags, and 2NE1, having already stormed Times Square in December of 2011, were rumored to be in the lab with known chart terrorist, will.i.am. It was only a matter of time. But then summer arrived and so did “I Love You,” to relatively little fanfare. Girls’ Generation went largely silent, and then came Psy. You know the rest.

But as of this afternoon, the wait is over: The first listen from the 2NE1-will.i.am sessions has surfaced online in the form of “Take on the World,” a spacious, house-informed hunk of stadium pop that drops the foursome’s (often coagulated) vocals in front of a strangely familiar backdrop. All the hallmarks of the Black Eyed Peas mastermind’s production — synth warble, Auto-Tune yarble, etc. — are in place, a far cry from the more aggressive techniques used in-house at Y.G. But then again, that’s what the world-conquering chorus is for. They’re baaaa-aaaaack.