How Tyler, the Creator and Taco Punked Donald Trump Backstage of ‘Fallon’

The Donald responds to photobomb with typical lameness 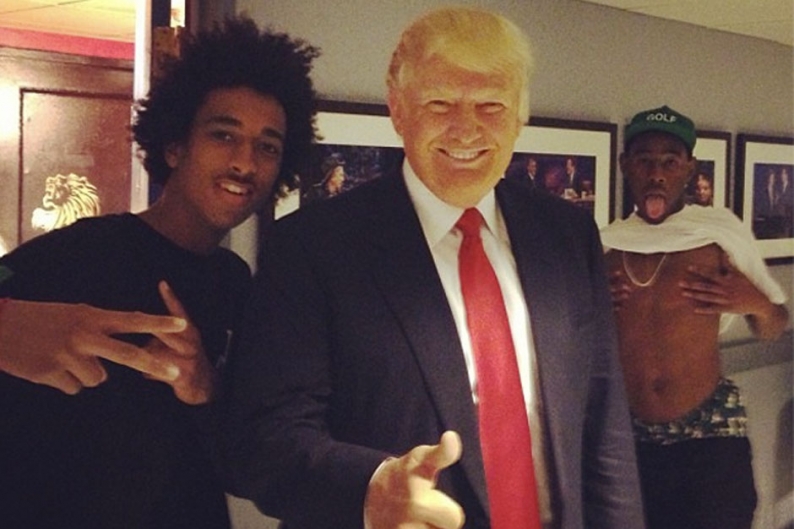 Odd Future are unrepentant teen pranksters — which landed them a television show, but also helped make them one of the most divisive acts in music. But here’s a stunt we can all agree on: making Donald Trump look like a fool. Tyler, the Creator and Odd Future court jester Taco did just that last night at NBC’s studios where Tyler and Trump were booked to appear on Late Night With Jimmy Fallon (inspired booking!). A photo posted to Instagram last night showed Taco posing with Trump while Tyler rubbed his nipples in the background. He also called Trump “Donald Musty Ass,” which is true poetry.

Trump responded today, saying that Taco told him he was his biggest fan ever, which is only something that Donald Trump would earnestly believe.

…..Guy in front asked for picture- said he was the biggest fan, never saw the guy in back.

That tweet was preceded by one in which Trump quoted Henry David Thoreau, which is basically where Donald Trump’s life is at right now.