A map of Thom Yorke's mind must make room for masters of electronic music and barroom balladeers, sci-fi doomsayers and tragic teens, ancient wisdom and modern jazz. It's a wild, thrilling place, and we've isolated 20 of the Radiohead and Atoms for Peace frontman's most deeply felt influences — many of which left their mark on AFP's new Amok, out February 26. Want to know what makes Thom's music go? Start here. 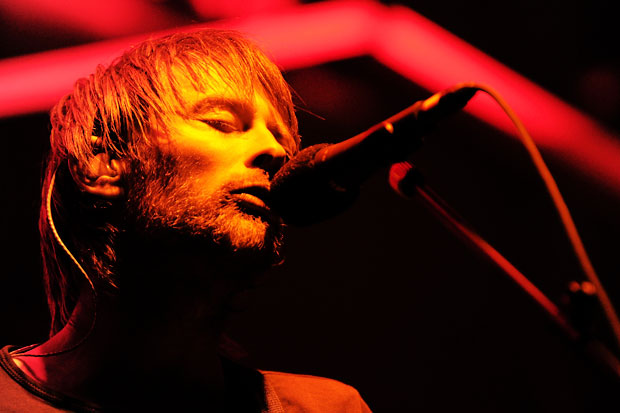 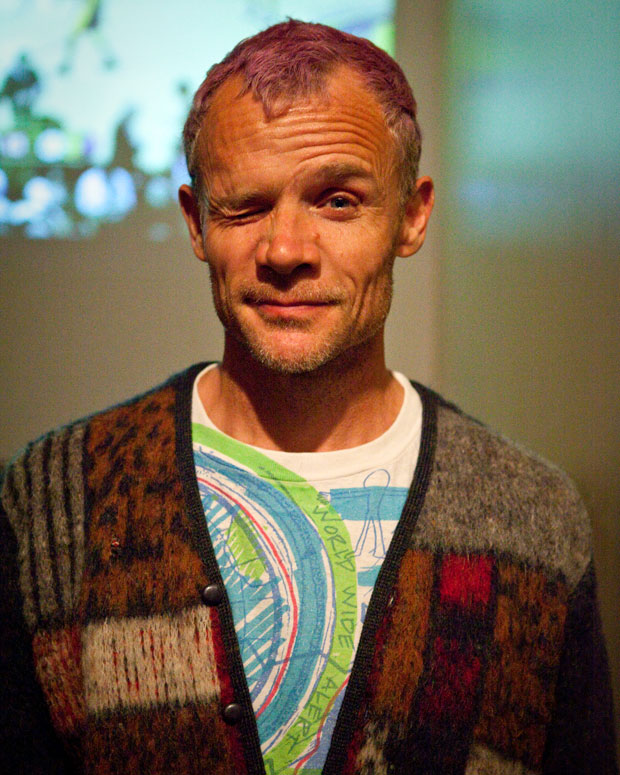 While Thom Yorke has revealed in the past that his own kids are Red Hot Chili Peppers maniacs, that wasn't his main reason for recruiting Flea for Amok. "I felt that certain bass lines on The Eraser [Yorke's 2006 solo album] needed him to be able to exist onstage," Yorke said. "It's a recurring joke with Nigel [Godrich] about my bass lines. He said that I imitate Flea when I write them. He said to me that Flea should play them, so that it would be Flea imitating Thom Yorke imitating Flea." Godrich wasn't far off. Yorke's 2009 solo cut "Feeling Pulled Apart by Horses" does a passable job of copping Flea's fluid style, but Atoms for Peace's "Judge, Jury and Executioner," recorded with the RHCP bassist, is the real deal. 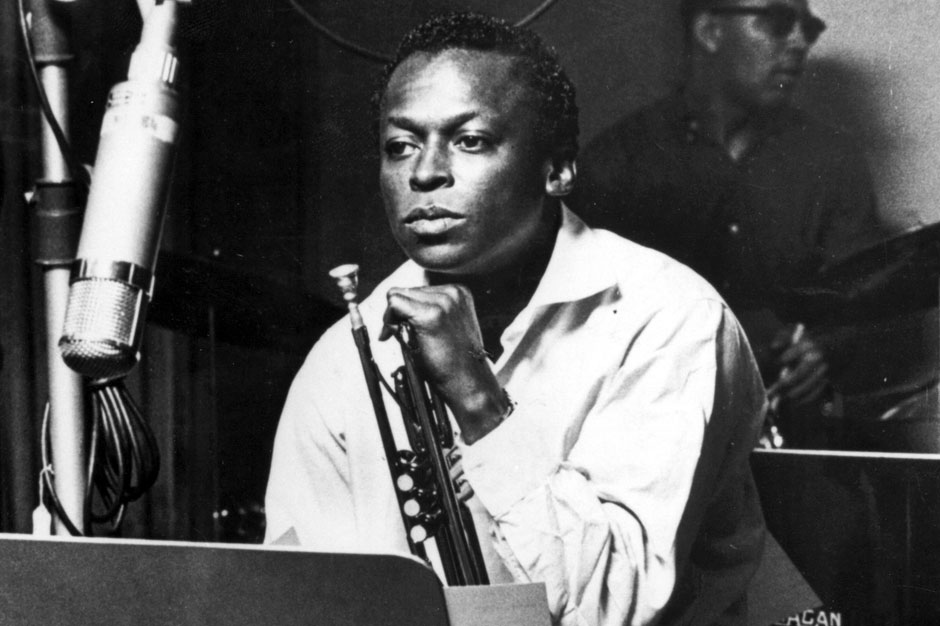 The bulk of Amok was recorded during a marathon three-day studio session in Los Angeles. Radiohead producer and Atoms for Peace keyboardist/co-producer Nigel Godrich compared the process to the one employed by Miles Davis for his seminal In a Silent Way and Bitches' Brew albums. "It's that thing of creating interaction between people and then editing that whole thing to create dynamics," Godrich told Rolling Stone. "We were thinking about things in very much a jazz way in terms of using edits and big blocks of music to create arrangements." 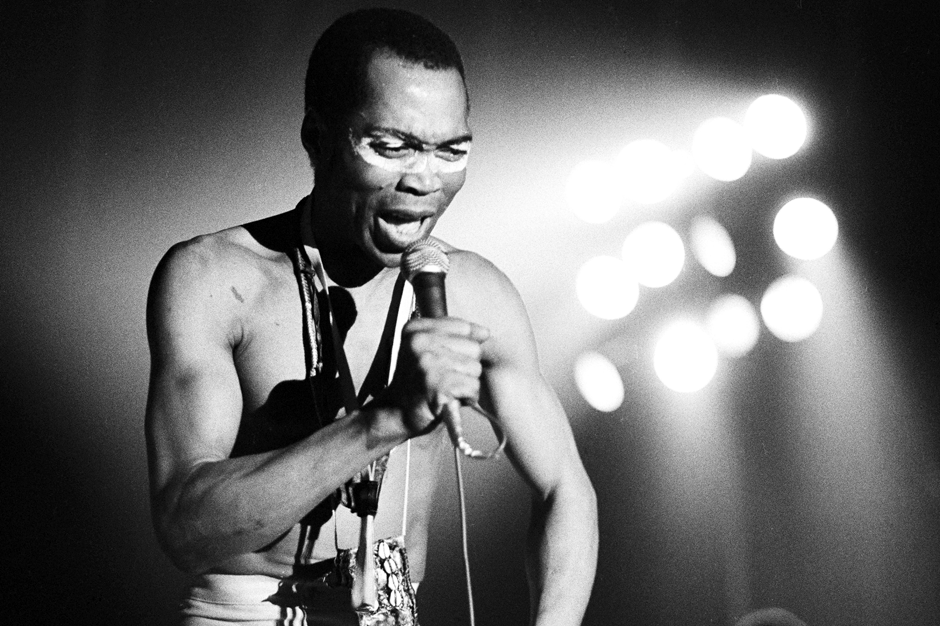 Working with Atoms for Peace drummer Joey Waronker and percussionist Mauro Refosco allows Yorke to experiment with polyrhythmic interplay derived from Nigerian Afrobeat visionary Fela Kuti. (The singer-guitarist has also long been a fan of Talking Heads' Fela-flavored Remain in Light.) "When I mix," Yorke explained to French magazine Les Inrocks, "I tie together bits that sound like they're from the same universe, that have a similar sound, then I add a bit of Afrobeat and it generally works perfectly, it gives life to the entire room." He added, "I would love to be able to tell stories like Fela does, but it's not me, I will never be that. I do things my own way and I have to accept that, it's my instinct." 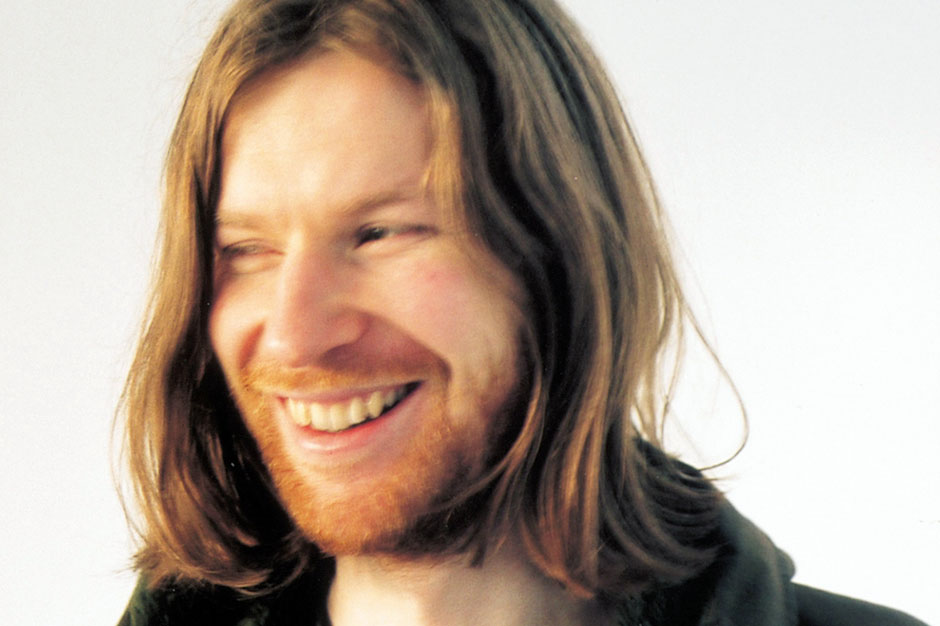 The enigmatic Aphex Twin (né Richard D. James) has had an incalculable impact on modern music, Radiohead included. Yorke's discovery of his fellow countryman's work is often cited as the catalyst for Radiohead's post-OK Computer experimentation. "Aphex [Twin] opened up another world that didn't involve my fucking electric guitar, and I was just so jealous of that whole crew," Yorke recently told Dazed and Confused. "They were off on their own planet." 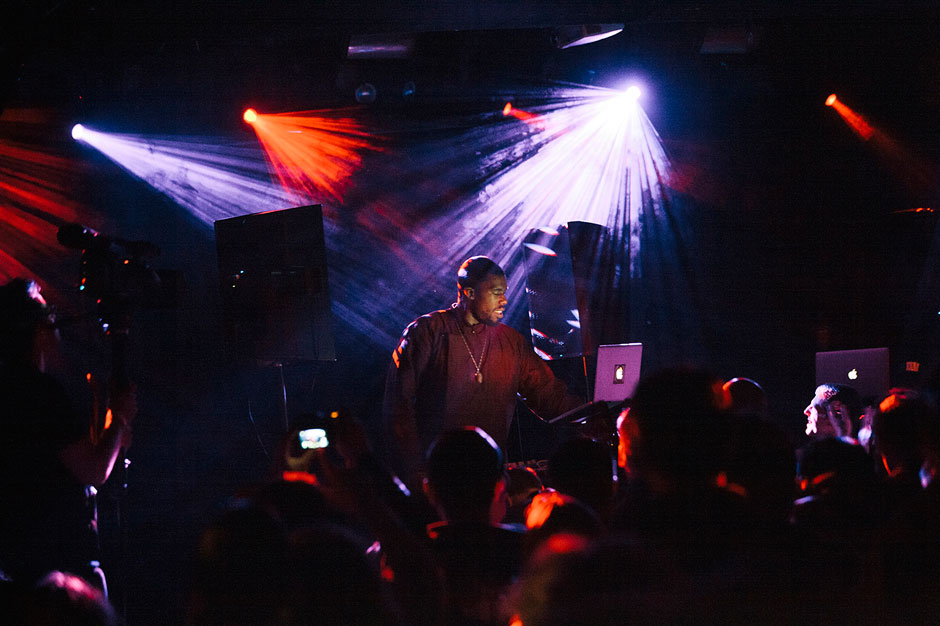 If Aphex Twin was Thom Yorke's gateway drug into the world of electronic music, the Radiohead frontman's affiliation with producer Flying Lotus represented Yorke's addiction. No longer just a casual fan listening to Autechre on the tour bus, Yorke was now spinning Burial and Madvillain records during late-night DJ sets at Los Angeles' Low End Theory, with FlyLo alongside as his MC. The fragmented digital jazz of the latter's Los Angeles and Cosmogramma no doubt served as inspiration for cuts like King of Limbs opener "Bloom" and Amok's "Stuck Together Pieces." Yorke also invited the producer-DJ to open for Atoms for Peace during the band's brief 2010 tour. 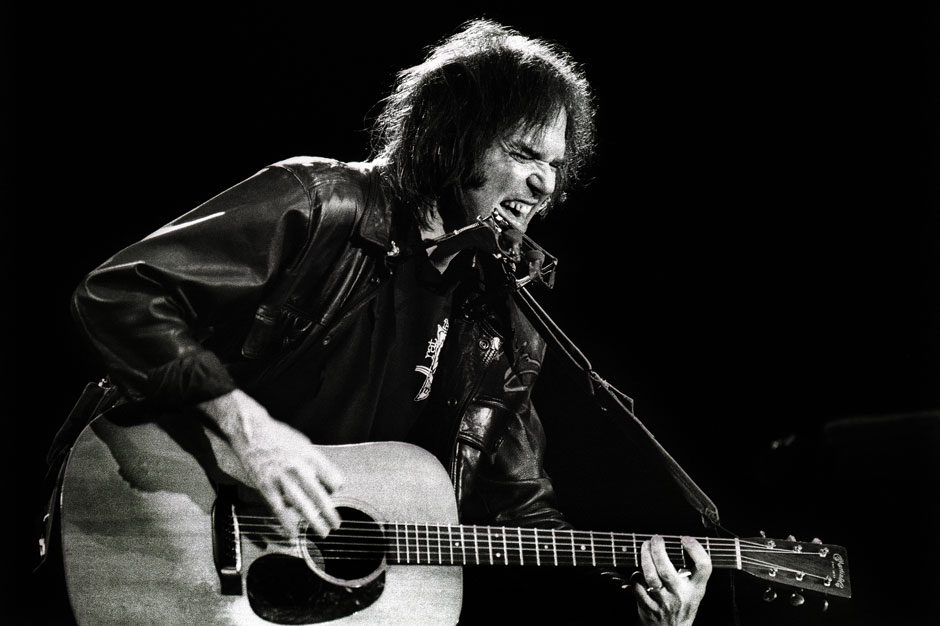 As the story goes, a 16-year-old Yorke sent a demo tape to a magazine and was told he sounded like a young Neil. Yorke went out to buy After the Gold Rush and was hooked. "He'll bang away on his acoustic and he'll create this most monumental thing," Yorke raved to the BBC. "Apart from R.E.M., Neil Young has absolutely inspired everything, the way I write lyrics, all the time." Yorke has also performed at Young's Bridge School Benefit, and Radiohead has covered a handful of Young tracks, most frequently "After the Gold Rush." Young's influence can be heard most clearly on The King of Limbs' "Give Up the Ghost." 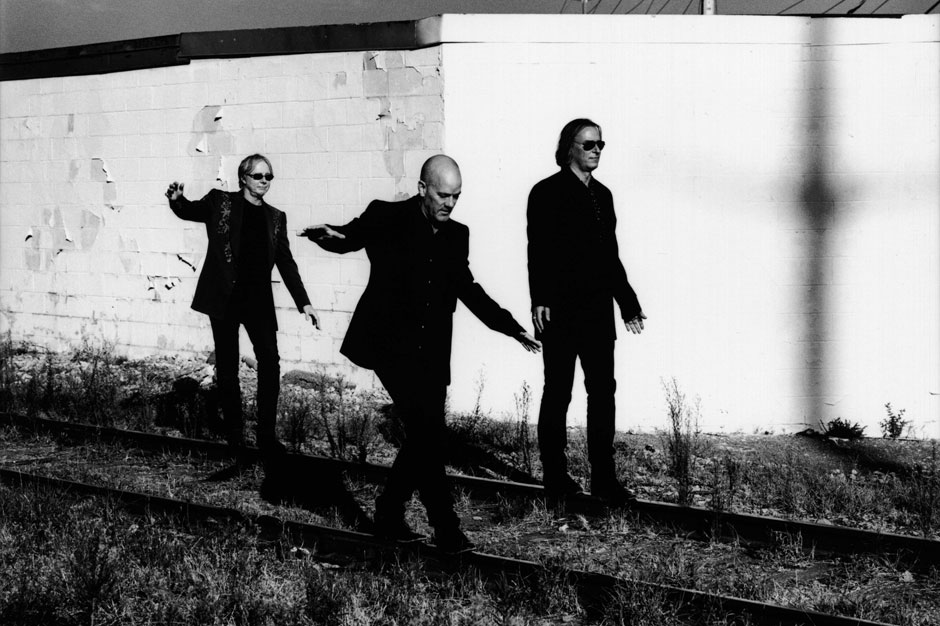 No artist looms larger over Yorke both musically and professionally than Michael Stipe. R.E.M. handpicked Radiohead, fresh off The Bends, to serve as their opening act back in 1996, and the experience was a defining one. In a journal Yorke kept while opening on the Monster tour, he wrote: "Listening to Finest Worksong makes me feel like im ten feet tall and can crush anything in my path. I play everyone a new song in the dressing room (which is a toilet) Its called No surprises please." 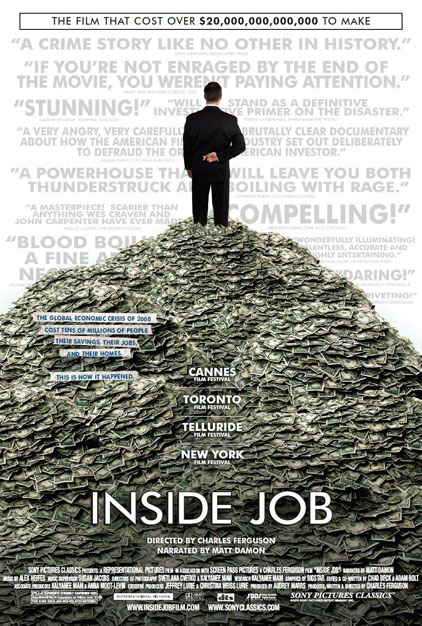 As if Yorke didn't already have a wary worldview, director Charles Ferguson's Academy Award-winning 2010 documentary about the corrupt causes behind the 2008 economic meltdown struck an ominous chord with the singer. When Radiohead performed in New York in 2011, Yorke mentioned Inside Job and the Occupy Wall Street movement onstage. "You don't need to be an anarchist, you don't need to be someone who smashes the state to have sympathy with that viewpoint," he commented. He also labeled the banking industry "organized crime." That instance was further articulation of a skepticism towards capitalism that runs through through Yorke's work from "Dollars & Cents" to the Amok title track.

Every Song Title In This Grammy Poster 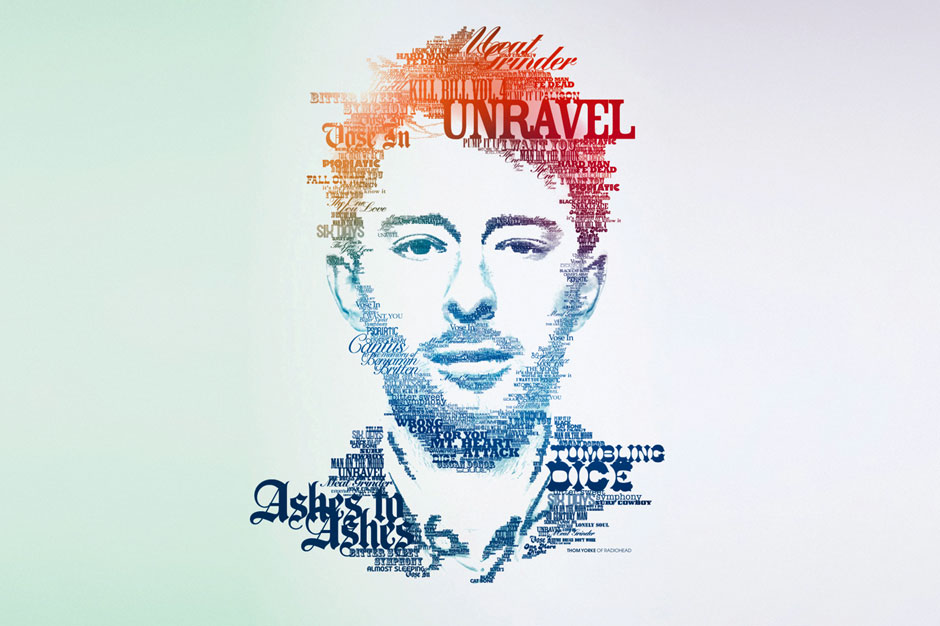 This 2009 Grammy poster consists of song titles chosen by Thom, and thus provides a portrait of his musical tastes. It includes songs by artists such Liars, David Bowie, the Verve, the Rolling Stones, Scott Walker, DJ Shadow, Prince Buster, Elvis Costello, Throwing Muses, Arvo Pärt, Laika, Can, and Modeselektor among many, many others. 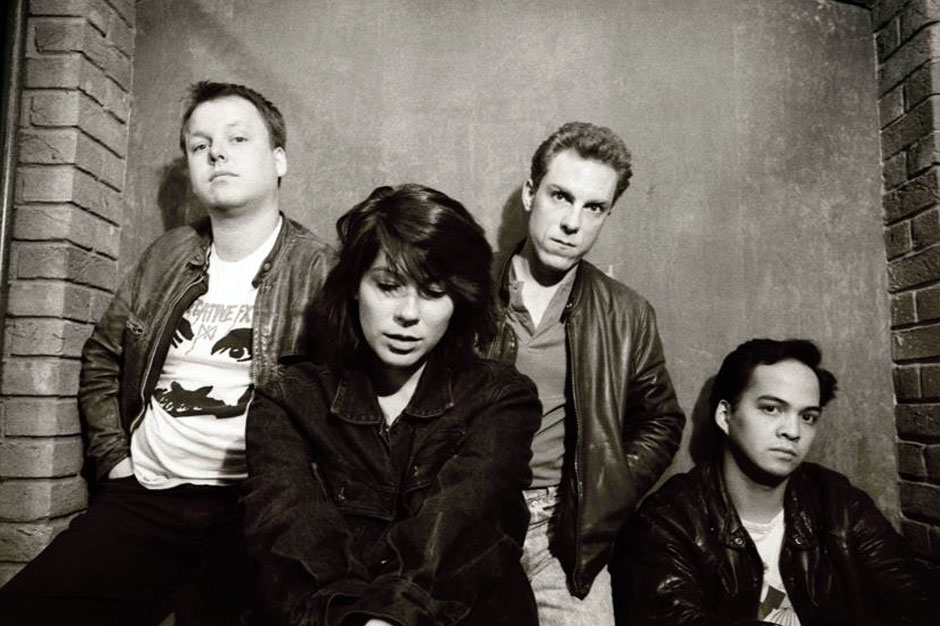 During the encore of Radiohead's 2004 Coachella set, the band's frontman gushed that Pixies' 1989 album Doolittle "changed my life." Early Radiohead songs like "Creep" and "My Iron Lung" follow Frank Black and Co.'s Loud/Quiet/Loud blueprint perfectly, and while the Oxfordians have de-emphasized the guitar in recent years, later cuts like "Bodysnatchers" and "Bangers & Mash" still display those classic crushing dynamics. 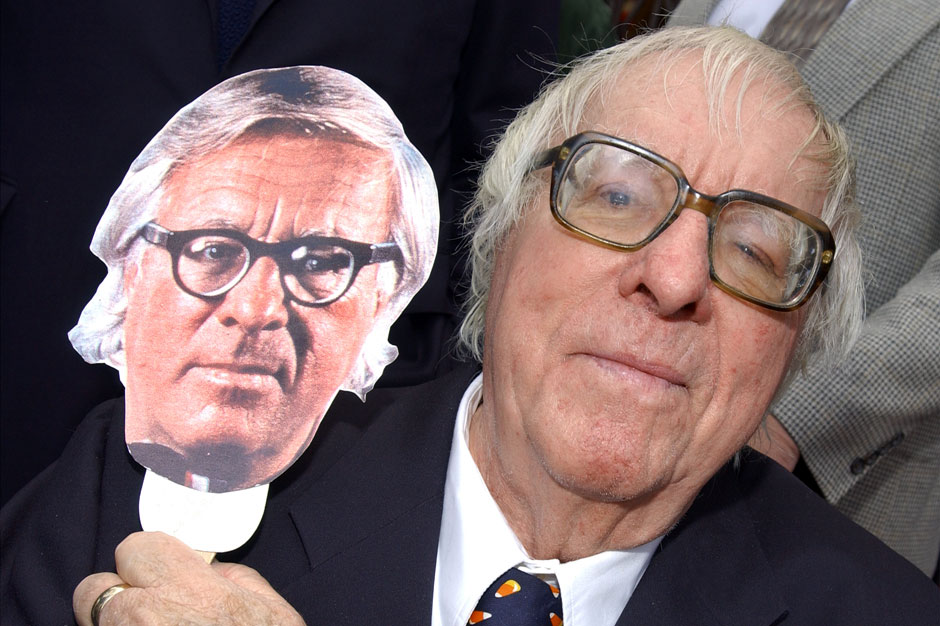 Sci-fi authors and their work have often constituted another color on Yorke's lyrical palette. Radiohead fan favorite "True Love Waits" — from the I Might Be Wrong live EP — features the lyric "I'm not living, I'm just killing time." That's a slight rewrite of the line "You're not living, you're just killing time," which is from Bradbury's dystopian classic Fahrenheit 451. That novel's influence also earned a a subtle nod in the artwork for the deluxe edition of Amnesiac. 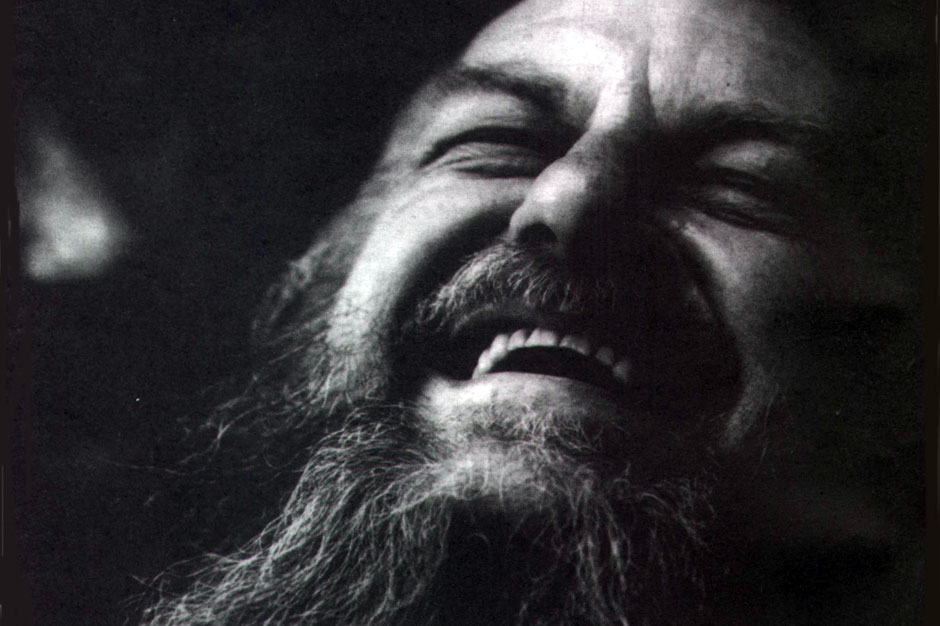 In the days following In Rainbows, Yorke became enamored with both Wyatt's 2007 album Comicopera and his theories about pop music, even lengthily quoting the experimental jazz-folk avant-gardist and ex-Soft Machine member on Radiohead's Dead Air Space site. Additionally, Yorke admitted in a BBC6 interview that he couldn't make it past the first song on Comicopera — and meant it as praise. "I've had ['Stay Tuned'] on repeat for two days now, because it's so beautiful and it really fits with so many things to me at the moment. It's beautiful and it's an amazing song."

The Hitchhiker's Guide to the Galaxy 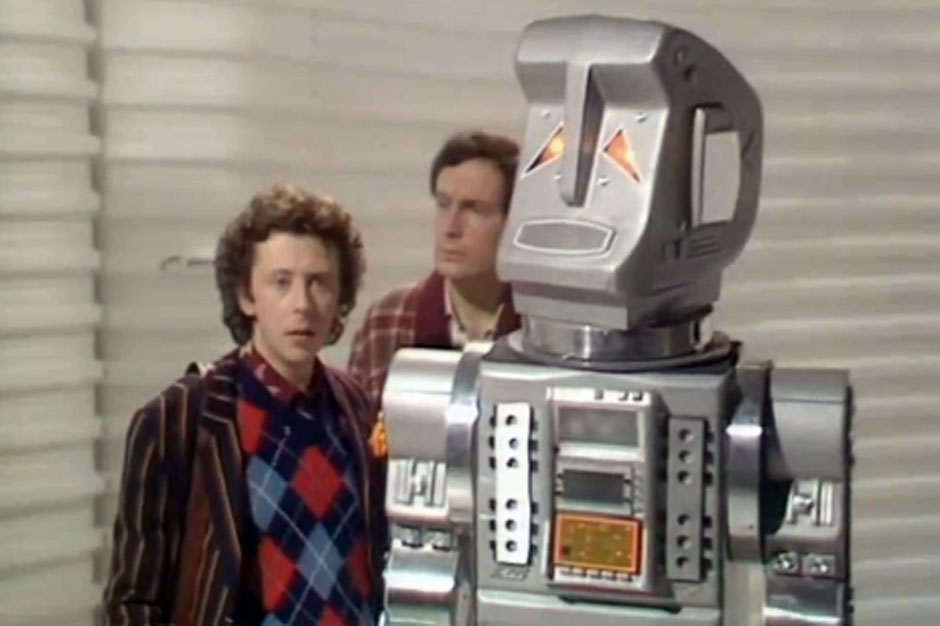 Douglas Adams' cult sci-fi novel provided Yorke with one of OK Computer's most famous lyrical creations: the book's Marvin the Paranoid Android (seen above in the 1981 BBC mini-series adaptation) was the basis for "Paranoid Android." (And it's easy to imagine Adams' character emitting the words to that album's automated spoken-word track, "Fitter, Happier.") 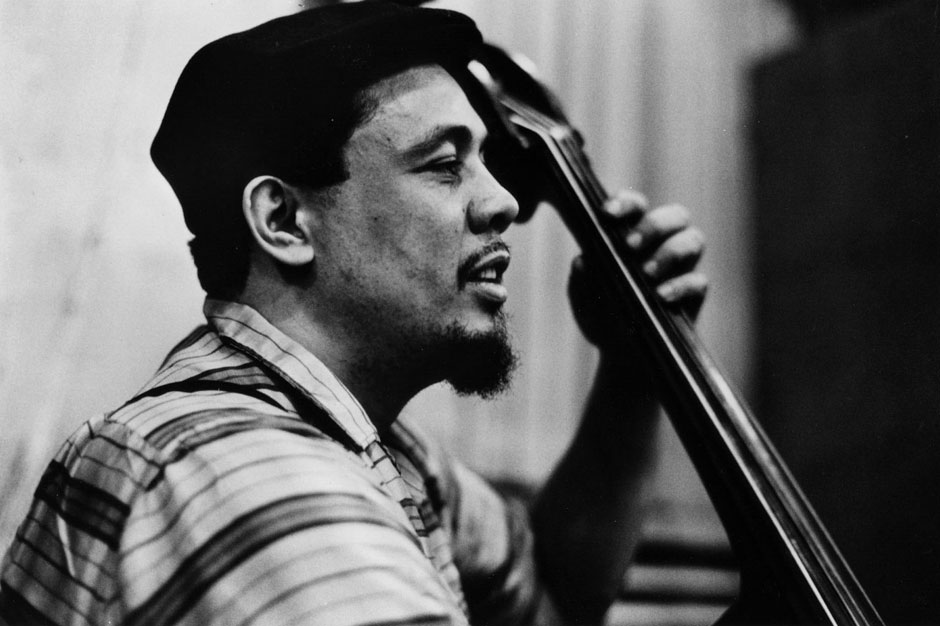 If much of Kid A and Amnesiac were the result of Radiohead gorging on cerebral electronic music, plenty of the material also bore a strong jazz touch, from the brass section on "The National Anthem" to the modal "Dollars and Cents." But it bassist Charles Mingus's had the most direct jazzy impact on this era of the band's music. Yorke admitted to Mojo magazine that "Pyramid Song" takes its structure from Mingus' "Freedom." 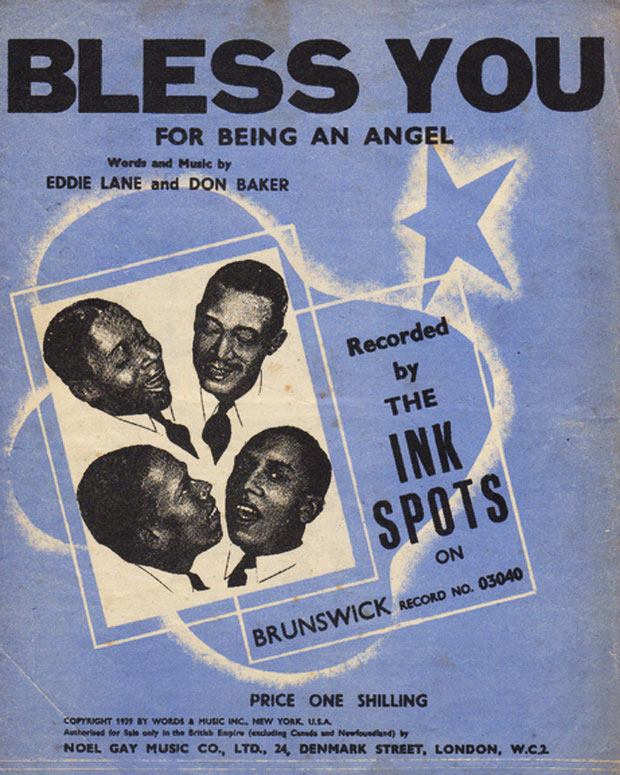 While Kid A represented Radiohead's then-newfound fascination with modern electronic sounds its companion piece, Amnesiac, dug deeper into the past. In addition to the Mingus stylings, Yorke explained to Q that the album's "You and Whose Army?" was deeply informed by 1940s vocal group and doo-wop precursors the Ink Spots. 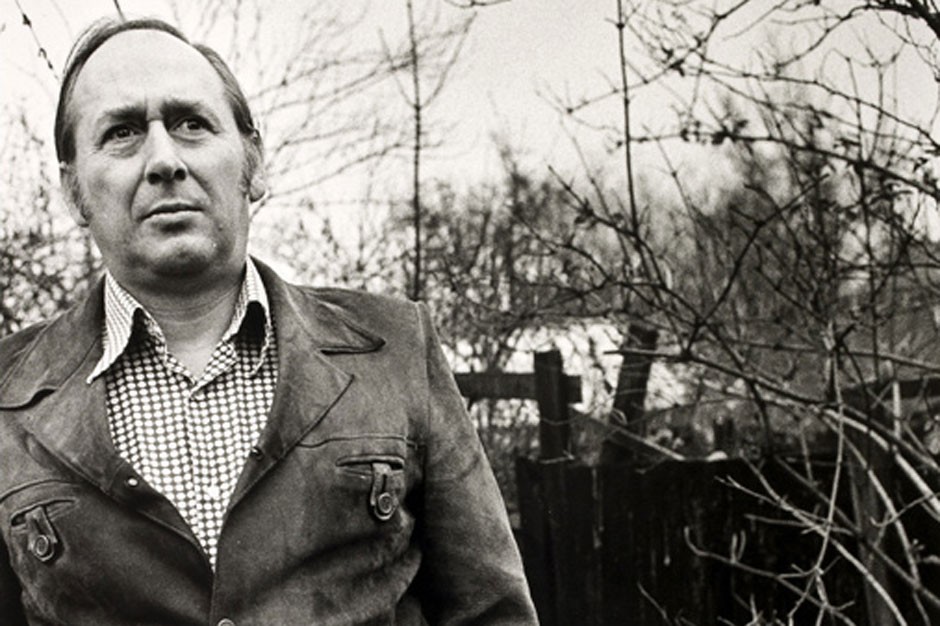 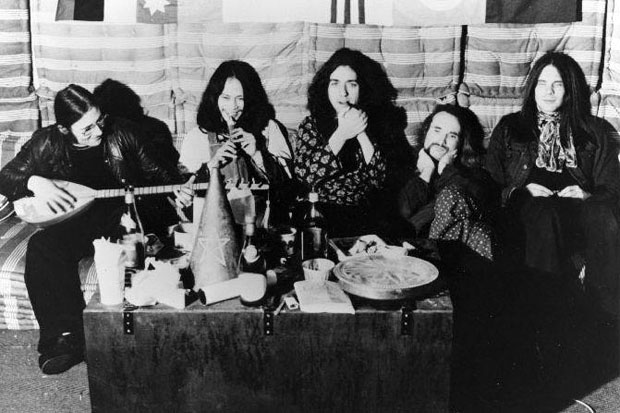 This 1970s German musical movement — broad enough to encompass raving loonies like Amon Düül and the mensch-maschine of Kraftwerk — made a large imprint on Radiohead. The band frequently covered Can's "The Thief" in concert in the early '00s (eat your heart out, Malkmus!) and recent tracks like "These Are My Twisted Words," The Eraser's "The Clock" and The King of Limbs' "Morning Mr Magpie" exude Krautrock's propulsive beat. Yorke wrote that Düsseldorf rhythmaniacs Neu! "sound like joy. like endless lines stretching on foreverinparallel.fragile.like a BRandNEWnew motorway and you are the first person to drive along it…"

The Tibetan Book of Living and Dying 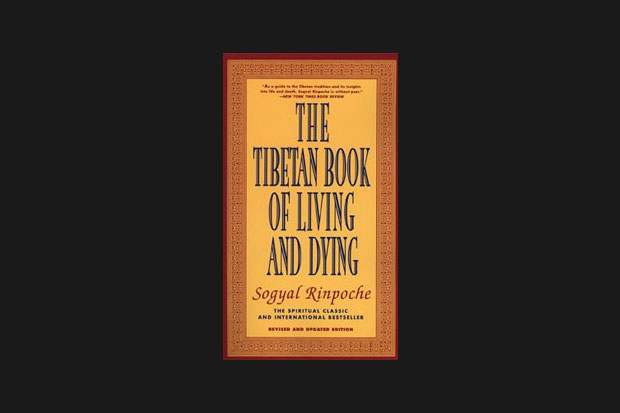 Along with Dante's Inferno, this 1992 book written by Sogyal Rinpoche inspired the lyrics to "Pyramid Song." The central refrain of "There was nothing to fear and nothing to doubt," reflect the Tibetan lama's teachings. "It's the most extraordinary thing I've ever read," Yorke said about the book in an interview with the Shambhala Sun. "It felt like common sense from start to finish. I guess that's what wisdom is, really." During concerts, Yorke's piano is draped with the Tibetan flag. 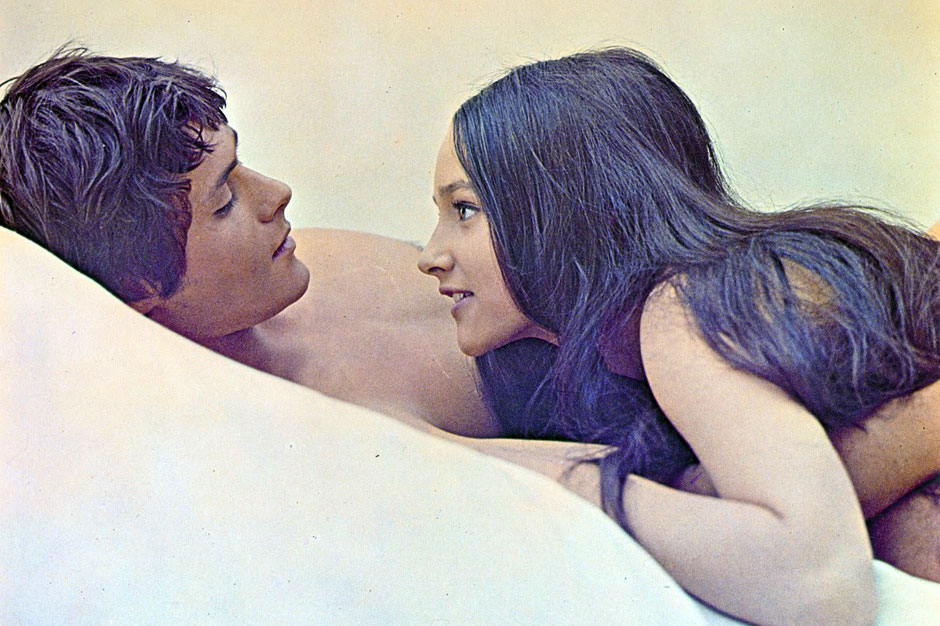 Italian director Franco Zeffirelli's 1968 version of Shakespeare's deathless tragedy was lauded for using actors close in age to the titular characters. "That was the most influential film of my early teenage years. I was totally in love with Juliet in that movie [played by Olivia Hussey]," Yorke told Q. The adult Yorke was evidently still smitten by the star-cross'd teens: Radiohead contributed "Talk Show Host" to Aussie auteur Baz Luhrmann's 1996 film, Romeo + Juliet. 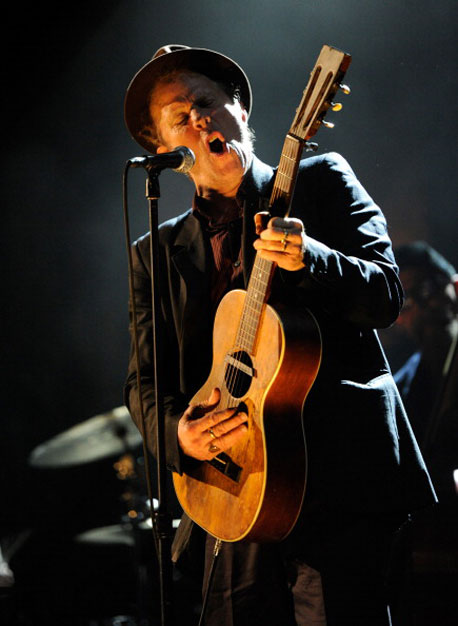 The grizzled troubadour's famed rasp and inebriated cadences were aped by Yorke on the Hail to the Thief closer "Wolf at the Door," and the bluesy, funereal feel of Amnesiac's "Life in a Glasshouse" is similar to Waits' boozy barroom sound on his classic '70s albums like Closing Time and Small Change. Yorke explained his infatuation thusly: "I remember this Tom Waits quote from years ago, that what keeps him going as a songwriter is his complete ignorance of the instruments he's using. So everything's a novelty. That's one of the reasons I wanted to get into computers and synths, because I didn't understand how the fuck they worked."