No actual Vivian Girls were harmed in the making 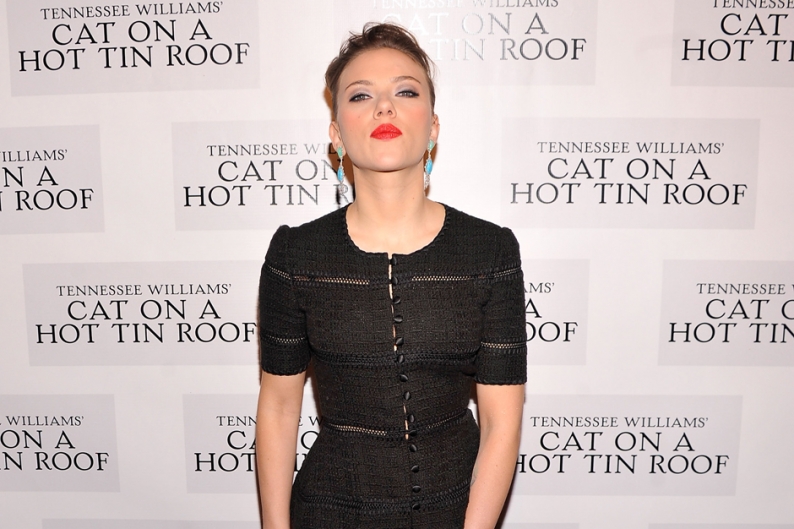 Scarlett Johansson is that rare actor who has what one could genuinely refer to as an actual music career. That’s not to say the results are always genuinely good — see her 2008 album of Tom Waits covers Anywhere I Lay My Head — but there have been some highlights over the years. In fact SPIN’s own Marc Hogan laid them out last April in his “Match Points” piece ranking the starlet’s unlikely musical pairings from best to worst.

Well, it looks like he’ll need to get to work on a new list already. As Noisey reports, ScarJo professed her love for the Go-Go’s on Live With Kelly and Michael Monday morning and explained that she’s started an all-girl band called the One and Only Singles. One has to wonder if she’s reached out to any members now or former of the Vivian Girls, since that’s kind of the usual prerequisite for these things. Dee Dee Penny, at least?

Johansson is starring in the current Broadway revival of Cat on a Hot Tin Roof (hence the photo above) and on Sunday found herself going up against Adele at the Oscars for Best Original Song. She sang on “Before My Time,” which accompanied that very beautiful- and literal-looking documentary called Chasing Ice. In July she played Brigitte Bardot’s part on a cover of “Bonnie & Clyde” with Serge Gainsbourg’s son Lulu.