Rap Release of the Week: Antwon’s ‘In Dark Denim’ 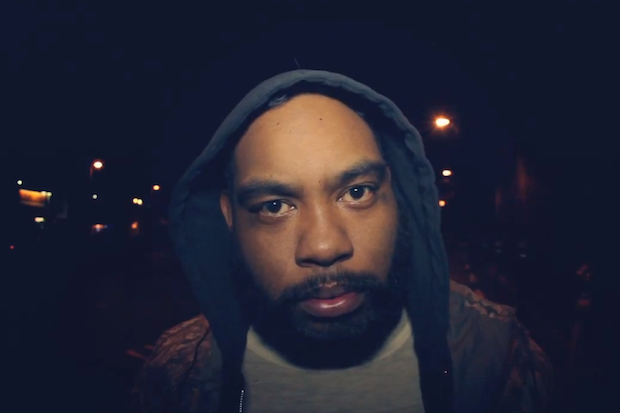 Where’d all the good Internet rap go? Rappers of all stripes from all over the map, meeting on Mediafire, felt so necessary a year or two ago. Now, that scene has congealed into an endless loop of RSS-feeding “collabos,” irksome nostalgia trips, and PR firms and quasi-labels shoving all the interesting, engaging personalities who don’t play the game to the side. We’re stuck with Joey Bada$$, Spaceghostpurrp, and a metastasizing clump of interchangeable, attention-starved streetwear-rockin’, Tumblr-surfin’ douchebags who show up for a few months before cashing-out for blog love. It’s as codified as the old underground. A$AP Rocky looks pretty promising these days.

Good thing there’s Antwon, now signed to Greedhead, and in his own miniature way, having something of a mini-moment, but continuing to make willfully strange, deeply personal rap music. His new mixtape, In Dark Denim, is a collection of apocalyptic sex raps. Probably because Antwon codes less as a strip-club jerk and more of a nerd, there’s a charming, passionate realism to his lewd one-liners that never gets tedious. At the heart of every song about fucking is an eager-to-please character trying to forge connections. The Notorious B.I.G. comparisons are getting old, but he’s Biggie in “One More Chance” mode — the open-minded, open-hearted asshole lover who goes down on girls, but gets annoyed when they squirm and get all awkward about that shit.

There is also a shit-ton of dread in this music. Hints of deeper pain and frustration poke through, and sex ends up as one more way for Antwon to keep his mind off how terrible everything is. There’s a coy aside about a parole officer bugging him about career options on “Rare 2000s,” while “Burn Away,” bookended by audio samples addressing a system that forever dashes racial solidarity, features Antwon mentioning a “Childhood friend all hooked on meth,” and culminates in a barrel-voiced groan of “Ugh, fuck!.” And check out this line, which begins as confession and ends as a way of finding hope in the hopeless: “Nigga, I want to die and I hate my life / And I take every chance I get.” Simple post-hardcore existential sloganeering that hits hard thanks to Antwon’s throaty booming vocals. “It’ll All Make Sense” is a heartwarming ode to friends and celebrates being an outsider nerd as a kid who grew up to be a pretty damn cool adult who has his shit relatively figured out.

Antwon’s voice has a nostalgic quality to it that he can’t shake even if he wanted to, so he tempers it with an ear for eccentric beats. The winking,  chillwave, coked-out ’80s aesthetic turned evil is the sound here — thumping strip-club music from the underworld. A Goldfrapp sample on “Dark Denim” goes from victorious to hellish, while “Werk Me” is art-damaged bounce. On “Boomerang,” a tinny techno shuffle builds to a menacing throb and Antwon wisely stops rapping, giving the song over to Drexciya-like buzz. Antwon is stomping around the same punk-noise-rap axis as Cities Aviv and B L A C K I E (both of whom provide beats here), and similarly balances mannered art-rap weirdness with a fuck-you-up, fight-rap immediacy. It feels natural and earned. A dive into a young rapper’s coolly curated mind. That’s important, especially right now.