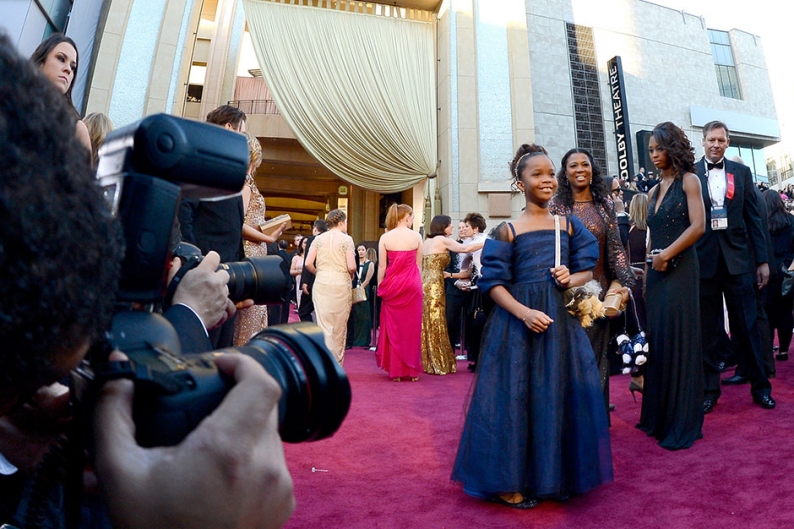 Don’t cry for little Quvenzhané Wallis. The precociously confident nine-year-old may have lost Best Actress to Jennifer Lawrence at the 85th Academy Awards on Sunday (February 24), but the Beasts of the Southern Wild star will get another shot at accolades in her next leading role, as a modern-day Annie.

“She is an extraordinary young talent with an amazing range, not only as an actress but as a singer and dancer, and we can’t wait for audiences to further discover her,” said Sony production president Hannah Minghella in a statement yesterday.

Wallis replaces 12-year-old Willow Smith — who says she stepped down to “enjoy her childhood,” but is speculated to have aged out of the role — in a contemporized re-adaptation for film co-produced by Jay-Z, Will Smith, and Jada Pinkett Smith. Hova will also contribute original tracks as musical director for the film. If performed by Wallis, the new material would make her eligible for the very same Best Song Academy Award Adele took home at this year’s ceremony. The part may also put her in the running for a Best Actress – Musical or Comedy Golden Globe, a category perhaps more easily won in the absence of the dramatic heavyweights who often take the Oscar.

Jay-Z’s version of Annie is scheduled for release during the 2014 holiday season. Will Gluck (Easy A) has signed on to direct, and actress Emma Thompson is working on the screenplay. Wallis also appears in Steve McQueen’s Twelve Years a Slave, alongside Brad Pitt and Michael Fassbender, this September.