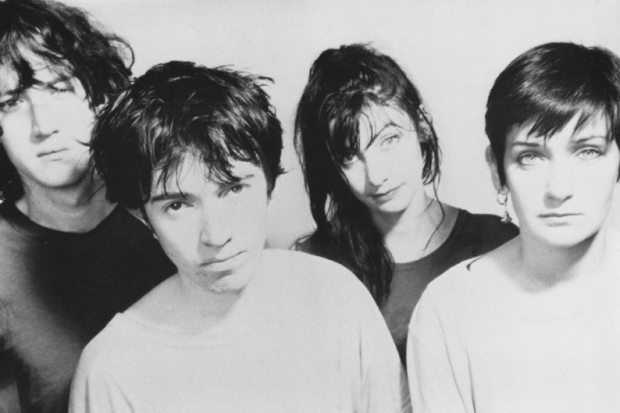 My Bloody Valentine attempted to release their long-awaited fourth album m b v on Saturday night (February 2), but as it turns out, if you keep people waiting on new material for 21 years, you’re going to have a stampede on your hands. Two hours after a Facebook post directed users to mybloodyvalentine.org, the site was still down, collapsed under the weight of the massive traffic. Fans frustrated that they’d canceled their (very important, sexy, and totally cool) plans in order to stay home and listen were left to satisfy their creative urges by other means. So, confronted with another sad and lonely Saturday night, the Internet descended into chaos.

Twitter flooded with armchair comedians’ best one-liners. (The new MBV album is called 403: Access Denied! Har har!) Then, the band’s Wikipedia page was subject to some creative editing, which was written, fixed, and rewritten in a blazing hot crossfire. Links purporting to lead to the m b v download became 2013’s newest Rickroll. And one civic-minded citizen (“N. J.” of Bloomington, Ind.) filed a White House petition to get the MBV site up and working again. The petition reads, simply:

Whereas the My Bloody Valentine website isn’t working and there’s a new record on it, we the people hereby petition the Obama administration to make it work again.

At press time, the petition only has 200 signatures, far fewer than the number of people who supported Texas’ secession from the union, and even farther from the 100,000 names needed to achieve executive action. Since you’re home hitting refresh on the MBV page, though, you should sign it. Do that here.