‘Mosh Pits, How Do They Work?’ Asks Cornell Study

Basically like a big sack of hot air, paper finds 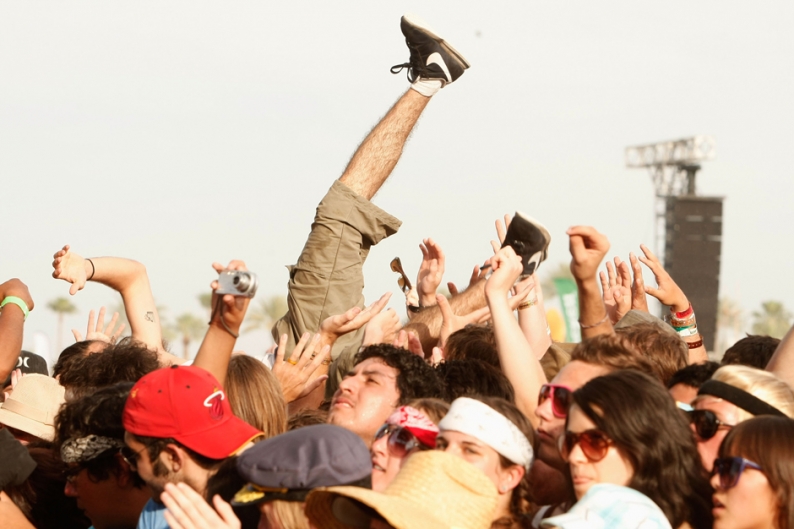 Cornell University has published an academic paper on mosh pits that compares the phenomenon to the “kinetics of gaseous particles,” which certainly can be a concern in large crowds. The four-page document titled Collective Motion of Moshers at Heavy Metal Concerts can be read in full via the college’s online library and in chock full of mathematical formulae, esoteric charts and physics citations. It’s a fun, weird read, as implied by the thesis:

With a little help from the old Maxwell-Boltzmann distribution, author Jesse L. Silverberg and co. examine the difference between utter boot-to-skull chaos and more organized versions of mass thrashing, though no mention of skanking is made. In the paper, moshers become MASHers, or Mobile Active Simulated Humanoids — this is serious business afterall, and serious business requires acronyms. Also: “Hertzian soft body repulsion” and “Gaussian random noise.”

So what’s the point?

“Further studies in this unique environment may enhance our understanding of collective motion in riots, protests, and panicked crowds, leading to new architectural safety design principles that limit the risk of injury at extreme social gatherings.” Well, that does seem useful. “Moreover, these concerts have the further advantage of exhibiting a rich variety of states such as the wall of death,” which helps us understand, um, medieval warfare: