LiLo dis in club-rapper's "Give Me Everything" will stand 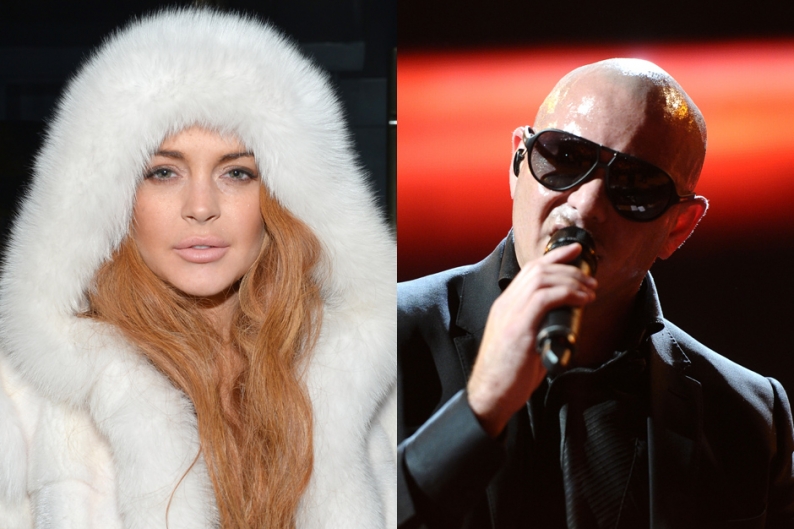 In case you missed it (ha), crap-actress Lindsay Lohan sued crap-rapper Pitbull for using her crappy name in his crappy song, “Give Me Everything.” The reason you should care: Virtually ever rap song ever has referenced the name of a public figure, and this case could’ve meant serious trouble for simile-slanging veterans like the Beastie Boys, who always go out dapper like Harry S. Truman despite being madder than Alfred E. Neuman.

Pitbull’s 2011 single contains the line, “So I’m tiptoein’ to keep flowin’ / I got it locked up like Lindsay Lohan,” the latter being a reference to the troubled starlet’s intermittent time spent drying up in the clink. She sued the man born Armando Christian Perez for making “an unwarranted, unauthorized, and unfavorable mention of [her] name and personality, and allusions to [her] physical and mental character,” according to the Hollywood Reporter.

But 15 months later, U.S. District Judge Denis Hurley has dismissed Lohan’s lawsuit on grounds that Pitbull’s song is a “work of art” protected by the First Amendment against publicity- and privacy-related claims. While LiLo’s lawyer Stephanie Ovadia awesomely argued the track was created for commercial rather than expressive reasons, Hurley countered that “does not mean that plaintiff’s name was used for ‘advertising’ or ‘purposes of trade’.”

To make matters worse, Ovadia was hit with a $750 fine for “an affront to the court,” which involved Lohan’s legal briefs somehow being plagiarized from “newspapers, law firms and other education websites” (via THR). The lawyer apparently attempted to argue that it was someone else’s fault and then that the judge had simply received the wrong draft, stopping short of suggesting that the dog ate the final version, but Hurley wasn’t having it.

In other news, Pitbull still sucks.